DiCaprio Will Play a Psychopath 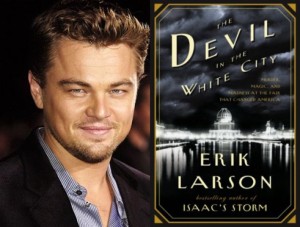 American actor Leonardo DiCaprio will play a psychopathic mass murderer in “The Devil in the White City,” based on the novel—of the same name—written by Erik Larson.

DiCaprio will play ‘H.H. Holmes’, a murderer who seems to be a charismatic doctor—character based on Dr. Holmes, considered one of the first “psycho-killers” who terrorized the United States, and whose number of victims reached 200—. Dr. Holmes seduces wealthy women to trick them and then kill them.

The actor will also work on the production of the film–through his company Appian Way— along with his partner Jennifer Killoran, who also said that the star of ‘Titanic’ is ‘perfect’ to give life to the character.

The story also mentions ‘Daniel H. Bumham ‘, the architect responsible for building the 1893 World Fair in Chicago; both characters (Dr. Holmes and Bumham) turn the fair into a game room.

DiCaprio’s most recent works are “Shutter Island”, and “Origin”.