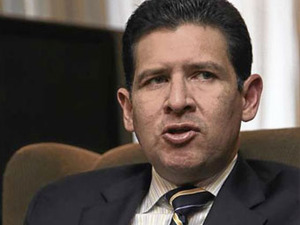 Diego Garcia, representative of the Attorney for the State, warned the Court of Arbitration in The Hague about the smear campaign carried out by Chevron against the Ecuadorian regime.

“Ecuador has filed a document before the Court noticing that Chevron handles a communication line that distorts the reality of the award (…) that is intended to affect the image of Ecuador,” explained the attorney Diego Garcia.

According to the official, the Hague Tribunal “should prevent Chevron continue with that strategy,” adding that the company could commit an illegal action to violate the provisional measures ordered by the arbitral tribunal in 2012, so both parties a position that would not affect the development of the process.

Last week Chevron said the partial award given by the Hague exempted them from any liability and environmental claims. The attorney immediately denied this interpretation with a statement: “The Court expressly declined to rule on the alleged breach of the Agreement of Liberation.”

SRI denounces that the national court’s decision affects the State