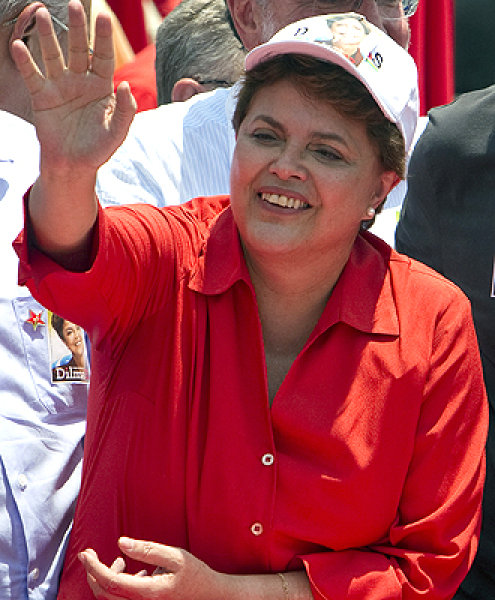 According to data brought by The Supreme Electoral Court of Brazil, Rousseff got 55,31% of the votes. At the moment 92,06% of the votes have been counted. The Elected President of Brazil is apparently 10,6 points ahead of her rival, José Serra from the Political Party Partido de la Social Democracia Brasileña (PSDB); making impossible for them to match the number of votes Rousseff has got because there is only 7,94% of the votes left to count.

On her very first attempt at politics, Dilma Rousseff has win the Presidency of her country in the Second Round of these Elections, becoming the President of the biggest country in Latin America.

The new Elected President, who has been widely sponsored by Lula, has been critized over having lack of experience as a Political Leader and having a “grim” personality without much tact, as well as a low capacity of response in debates. Actual President Lula da Silva chose her after many of the candidates for the position on their Political Party PT got involved in corruption scandals. He has explained in several ocasions how impressed he was with her efficiency and capacity just by meeting her.

She was offered the Ministry of Mines and Energy back in 2003, and two years later she was in charge of the Presidential Portfolio, the most important charge in the Government.

Lula da Silva was always present during the Political Campaign Events to promote her Presidency.

Dilma Vana Rousseff was born on December 14, 1947 in Belo Horizonte, Minas Gerais. She is the daughter of a Communist Bulgarian Immigrant, and spent more than two years in jail during her youth, and was tortured by the Military while she fought against the Dictatorship in her country between 1964 and 1985. These facts have been used against her by the Oposition to imply she might have a violent personality. She worked in many Administrative positions as an Economist in Rio Grande do Sul.