Diplomatic staff of US Embassy in Venezuela shall be reduced 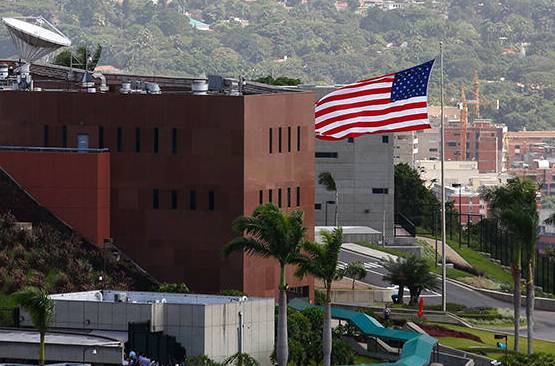 The Government of Venezuela gave the US embassy 15 days to reduce its active diplomatic staff to 17 people.

“In regard to the suitability for a number of 17 officials the US Embassy should work with in Venezuela, a period of 15 days was given,” said Chancellor Delcy Rodríguez, after a meeting with US Chargé d´affaires in Venezuela Lee McClenny.

According to the Venezuelan government, some 100 officials work at the US Embassy in Caracas.

President Nicolas Maduro ordered the reduction of the hundred diplomats of the embassy in Caracas to similar levels of the 17 his government maintains in Washington.

Likewise, Maduro petitioned visa requirements for Americans visiting Venezuela, following the capture of an American pilot whom authorities suspect was involved in shares of “espionage.”