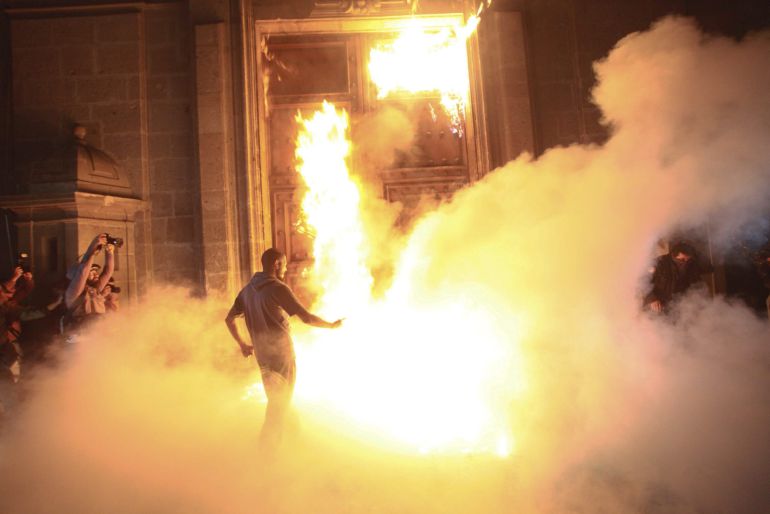 The center of Mexico City was the scene of a tense protest on Saturday after a group of demonstrators tried to break and even burn the front door of the National Palace of Government due to the disappearance of 43 students, as reported by AFP.

The protesters, some of them masked, shouting “murderer” against President Enrique Peña Nieto, hit the door with metal fences, and even managed to briefly set it fire, and to paint the message “we are alive” in reference to students possibly massacred.

The protesters failed to access the palace in the Zocalo Square, which the president often used for official ceremonies. Some people criticized the group of masked men to act violently.

While in the city of Chilpancingo, Guerrero state capital, another student group on Saturday attacked the headquarters of the governorate and burned a dozen vehicles.

The protests came a day after the prosecution announced that drug traffickers hitmen confessed that murdered students and burned their corpses.