Divers recover 12 more bodies from the wreck in South Korea

On Monday a better climate and lower sea currents allowed divers to recover the bodies of 12 passengers from the ferry that sank in South Korea, bringing the death toll to 260 with 42 people still missing.

In the search for the missing, divers made ​​their way to three rooms that had not been opened at one side of a bar on the third floor of the ferry, said spokesman of the rescuers squad Ko Myung-seok.

The Sewol carried 476 people, mostly students of a high school. Only 174 survived, including 22 crew members, which consisted of 29 members total. 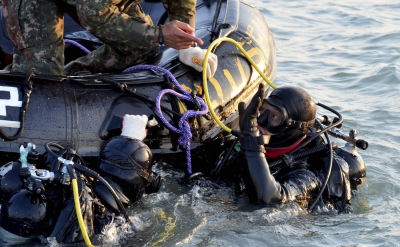