Doctor from Sierra Leone ill with Ebola virus dies in US 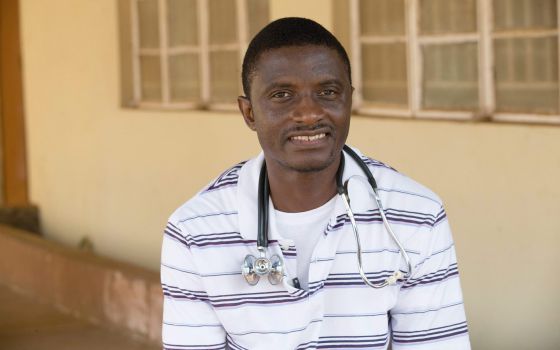 Martin Salia, a doctor from Sierra Leone, 44 years, who was being treated for Ebola virus in (US) hospital in Nebraska, died this Monday, according to sources of Nebraska Medical Center, the hospital where he was admitted since their repatriation.

“We deeply regret to announce that the third patient we were treating by Ebola virus, Dr. Martin Salia, died as a result of advanced symptoms of the disease,” the hospital said in a statement,

The day before (Sunday) Medical Center indicated that Salia was “seriously ill”.

Dr. Salia, a US resident who worked at the Connaught hospital in Freetown, is the first Sierra Leonean citizen in being affected with Ebola repatriated to the United States.

Salia was the third person affected by Ebola in being treated at this medical center. The other two patients survived the disease.