Domodedovo Explosion is Qualified as a Terrorist Attack 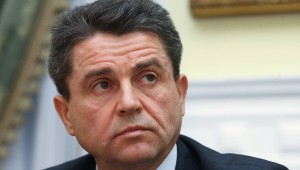 Russian president, Dmitry Medvedev, suspended his journey to the World Economic Forum in Davos, Sweeden, after the explosion in the Domodedovo airport in Moscow.

The Russia’s Investigation Committee (RIA), qualified the blast as a terrorist attack. So far the death toll is of 35 peoples and 152 wounded have been reported. The NATO offered to help Russia in their fight against terrorism. NATO official, Anders Fogh Rasmussen assured that Russia and the NATO are working together to prevent such attacks. While Medvedev ordered to reinforce the security on transports during an emergency meeting with the head of the General Attorney along with the Ministers of Interior and Transportation.

The investigation of the presumed terrorist began when its head was discovered, initial studies showed that it belongs to a man of Arabic nationality on its thirties. The spokesman RIA, Vladimir Markin confirmed that it is a terrorist attack.