Donald Trump, President of the United States, announced that he spoke with Lenín Moreno, President of Ecuador. In his official Twitter account, the president assured that it was a “great conversation”. The theme: the coronavirus . 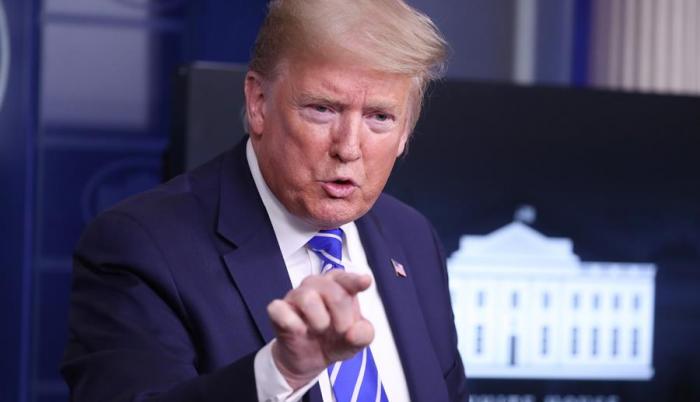 Trump assured that the United States will help Ecuador to fight the coronavirus pandemic . The country is one of the hardest hit in South America by the number of cases, deaths and the collapse of health services.

“We will send them desperately needed fans, many of which we have recently manufactured , “ continued Trump, who is questioned by the way his government has fought Covid-19 in the United States.

“We will help them in other ways. They are fighting hard against the CoronaVirus! ”Ended the 45th President of the United States.

Lenín Moreno’s response to Trump did not take long to arrive. Always through Twitter, the President of Ecuador assured that the help of the United States will go beyond the fans offered.

“Thank you, President @realDonaldTrump, for the help we have talked about this morning. US support on other issues will also be crucial to overcome the triple crisis that Ecuador is going through: health, economic and social, “Moreno said in reply to the announcement by the President of the United States.

Fourteen minutes after this tweet, Trump tweeted again, stating that he had also spoken to the Indonesian president and promised him similar help. “I just spoke to my friend, President Joko Widodo of the Republic of Indonesia. Asking for fans, which we will provide. Great cooperation between us! ”, Read the tweet.

According to the EFE agency, Trump’s offers of aid come at a time when the governors of several US states They have accused the White House of not providing enough respirators or coronavirus tests, criticisms that the president has minimized to the point of proclaiming that his country is “the king of respirators.”

The United States is the nation in the world where Covid-19 has caused the most havoc, and this Friday exceeded 50,000 deaths from this disease, of which more than 870,000 people have been infected.

Since the coronavirus crisis began, the United States It has offered up to 775 million international aid to 100 countries, companies and organizations, according to the State Department.

According to the most recent official reports, the number of coronavirus cases in Ecuador increased to 11,183 confirmed cases and 12,200 discarded, from a total of 34,420 samples taken nationwide. Meanwhile, the Minister of Health released new data that does not agree with the information already mentioned. The number of cases doubled and now reaches 22,160 positives, according to the official.