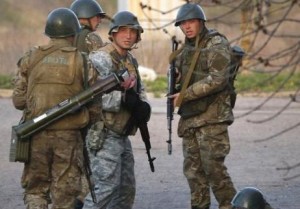 The Ukrainian Army affirmed today it has regained control of the strategic airport of Donetsk, in an operation in which 40 people died, mostly pro-Russian separatists.

“We retook full control of the airport. The adversary suffered casualties, but we did not,” assured in a statement the Ukrainian Interior Minister Arsen Avakov.

However, Avakov claimed that the military would continue its operation at the airport, where journalists from AFP recorded explosions and gunfire.