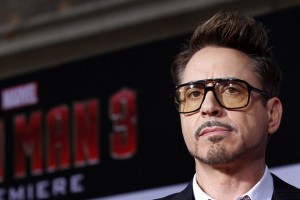 According to a publication of Forbes magazine, Robert Downey Jr., the actor of Iron Man and The Avengers, both of Marvel Comics, is the best paid actor in Hollywood for the second year. Between 2013 and 2014, Downey Jr. earned large part of his fortune, since Iron Man 3 collected 1,200 million dólares.

The famous actor, aged 49, and a member of the controversial group “The Brad Pack” has estimated earnings of $ 75 million. Dwayne Johnson follows with $ 52 million, Bradley Cooper, with $ 46 million, Leonardo DiCaprio, with $ 39 million and Chris Hemsworth, with $ 37 million.