Draft of new Labour Code will be presented on May 1 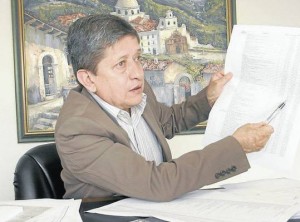 The Ministry of Labour Relations of Ecuador will present on May 1 a process of discussion and analysis aimed to the development of the draft Labour Code with the participation the Government, workers and employers.

Carlos Marx Carrasco, head of the institution said that this initiative seeks that pronounce the whole society and provide their input to produce the final document that will reach the National Assembly for processing and approval.

For its part, Betty Carrillo, president of the Committee on the Rights of Workers of the National Assembly said that the new regulations will have as inputs the texts of the 18 projects of reforms that have been submitted as which was sent by the United Front of Workers.

The new legislation seeks to change a law that is in force since 78 years ago.

Ecuador negotiates trade agreements with the EU in Brussels