Draw of the Conmebol; Ecuadorian teams will meet opponents in the Copa Libertadores and South American 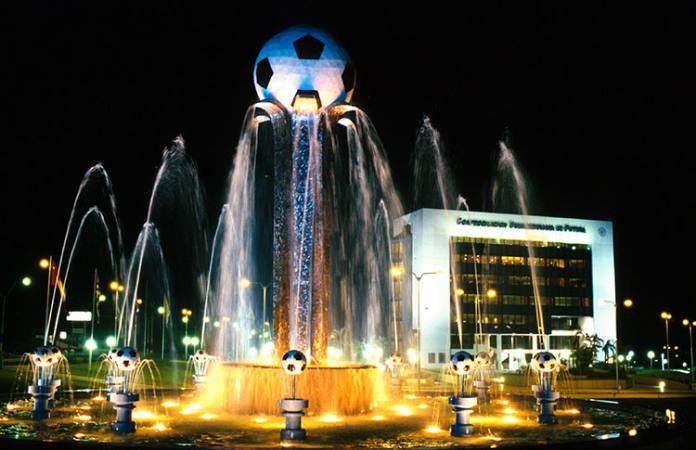 The Ecuadorian teams know from this Wednesday their rivals in the Libertadores and South American Cups that Conmebol performs.

The Ecuadorian champion Emelec integrates the group 4, along with the Argentine River Plate, the Brazilian Flamengo and the winner 1, who will leave phase 3.

Independiente del Valle will play from the elimination stage number 2 against the Argentinean Banfield.

Macará must start from the previous phase number 1 against the Venezuelan Deportivo Táchira.

The first phase will begin on January 22.

The main criterion to define the heads of series, organize the bouncers (drums) and establish who plays as local duels back from the previous stages was the ranking of clubs of the Conmebol for the Libertadores, as established in Article 25 of the rules of competition.

The ranking is based on two factors:

The teams classified to the group stage were ordered as follows:

For the first bouncer the champion of the 2017 edition (Gremio) and the seven teams classified with the best position in the ranking were accommodated: River Plate, Boca Juniors, Atlético Nacional, Peñarol, Santos, Corinthians and Cruzeiro.

The second champion of the Copa Sudamericana (Independiente) and seven teams from positions 9 to 15 of the ranking were located in the second ring: Emelec, Estudiantes de La Plata, Cerro Porteño, Palmeiras, Boívar, Libertad and Universidad de Chile.

The third bullet was composed of the eight clubs located between positions 16 and 23 of the ranking: The Strongest, Colo Colo, Racing, Flamengo, Sporting Defensor, Alianza Lima, Real Garcilaso and Millonarios.

In the fourth box will be the last four teams in the ranking classified directly to the group stage: Atlético Tucumán, Deportivo Lara, Delfín and Monagas, plus the four teams that come from the previous phases.

Six teams will play a direct duel and three crosses will be drawn. The classifieds are: Macará, Olimpia, Universitario, Montevideo Wanderers, Deportivo Táchira and Oriente Petrolero. The winners will qualify to the next phase.

Here they will face in direct crosses (preset in the draw) the best eight and only four will finally advance to the group stage. South American Cup: In the first phase, Barcelona will receive Paraguayan General Diaz at home; El Nacional will play first in Quito before the third representative of Bolivia; Liga de Quito must face at home the Bolivian Guabirá; and Deportivo Cuenca will begin as a visitor against Paraguay’s Sportivo Luqueño. This round will begin on February 14. (I)