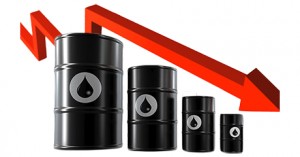 Texas Intermediate oil (WTI) closed Monday at $ 47.39 a barrel, this time driven by the drop in Chinese stocks.

In an interview, President Rafael Correa said that the country is ready to withstand an oil price of up to $ 20. This, despite the fact that the 2015 proforma budget was calculated at $ 79.7 a barrel and in early may Finance Minister Fausto Herrera announced a possible revision of $ 40.

The price reported by the National Information Service (SIN) to the 20th of last July was $ 43.38. The public company Petroamazonas EP announced that its production in the first quarter was 351 526 barrels, 9,546 barrels less than last year. The fall, he said, was expected, as lower prices make more expensive the production costs.