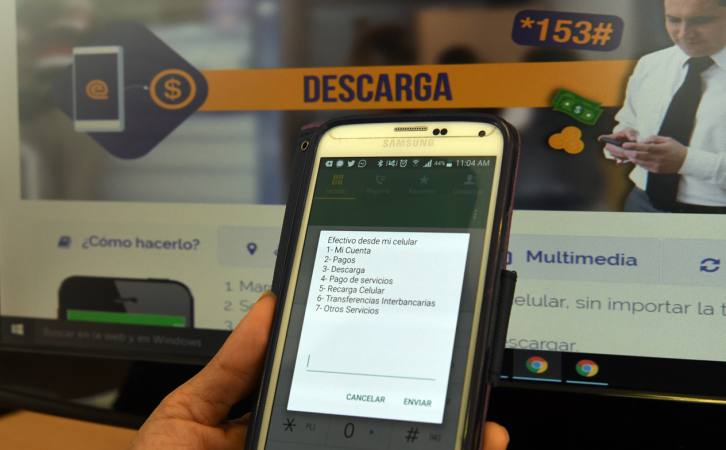 Those who have their electronic money accounts have 52 days to consume, transfer or download their e-money from the virtual accounts of the Central Bank of Ecuador (BCE). According to the entity’s Weekly Bulletin, until February 2, there was $ 11.3 million in the BCE’s coffers for that item.

It is the highest balance recorded since the appearance of e-money in the country and that will disappear definitively on April 16. The system appeared in November of 2014, then it registered $ 75,000 in the BCE account. Gradually, the balance increased until reaching $ 10.8 million in August 2017. And in these days of February it reached $ 11.3 million. According to a statement from the BCE, following the entry into force of the Economic Reactivation Law, users of this means of payment, who have more than 408,000 accounts, have three options to manage the resources of their electronic money account. The first is to consume in establishments that accept electronic money.

The BCE has asked these, public institutions, financial institutions and macro-agents to continue operating normally to guarantee to the public all payments made. The second option is to transfer the citizen’s resources to the savings or current account held in a public, private or cooperative bank. To do this, they must register the accounts of the entities in the web of cash from my cell phone.

Previously, you must obtain a code by dialing * 153 # and answering the questions in the download service. All these operations, related to collections, payments, drafts, downloads, download transfers, balance inquiries, key change and cell phone downloads can be made until March 31 next. And the charges, cargo transfers, payment of salaries to public officials, collection of remittances, until February 28.

The BCE recalled that Resolution No. 435-2018-M of the Monetary and Financial Policy Board, issued on January 3, 2018, resolved that the deadline for closing and deactivating the electronic money accounts will end on April 16 2018.

Those who made consumptions until December 29, 2017 with credit cards, debit cards and electronic money will receive the VAT refund of 1 and 2 points, respectively, these days. As of the validity of the law, only those who used electronic money. The Law of Economic Reactivation also ordered that the private bank be the new one in charge of the management of electronic media. In this sense, Asobanca is working on a project called Billetera Móvil (BIMO), similar to electronic money. The president of Asobanca, Julio José Prado, has indicated that the entry into force of this other option will be at the end of April. (I)