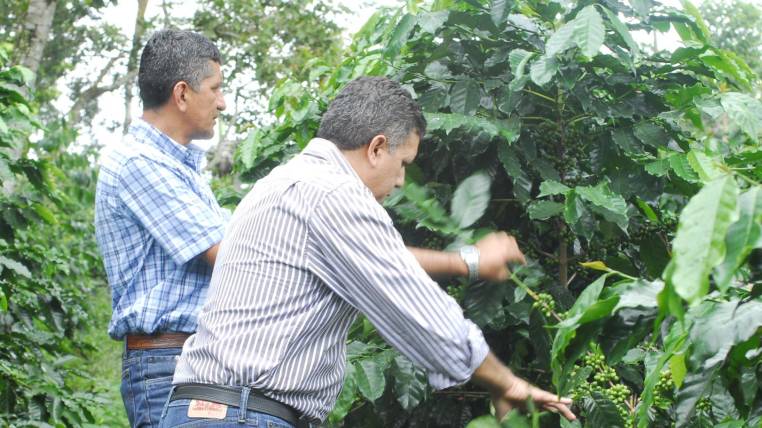 Of the ‘Sultana del Café’ there are hardly any old memories. In Jipijapa, only two or three buyers survive. The largest, Colnexa, closed its factory recently. There is no coffee and the little that goes out is expensive in relation to what it costs in other countries.

Almost four years ago, the government of Rafael Correa spread the advertising foam as a program in which it promised to renew the coffee plantations and make them highly productive.

Today the producers tell the details of what they consider a “failure”.

Although the promoters of the so-called Minga del Café contradicted the criticism since they started (last year), the statistics play against them. In 2014 there were 67,872 hectares according to the Surveys on Agricultural Area and Production of the National Institute of Statistics and Censuses (INEC). In 2016 it registered 55,898.

The producers and exporters told EXPRESO that “another earthquake” has gone through the coffee industry: debts that cannot be paid in the extinct Development Bank, Brazilian varieties that do not achieve the publicized result in productivity, poor management of the program, scarce technical support, ignorance of the sector.

Lúber Villavicencio, of El Ramito, in the southern zone of Jipijapa, is one of those who will have to pay 3,500 dollars in total, of which the interest is due: 400 dollars. But it has only recovered $ 200 without counting the payment of the harvest, since the precocity and productivity of the imported variety has not been such: it did not harvest the second year. Nor did he plant the 3,500 plants per hectare that he was given only transplanted 600. And better not to have all placed. “The material has not been as it was said. It does not work in that area of the province of Manabí, “he told EXPRESO. Like him, many received plants, but did not plant them.

The manual said that the seed should germinate at 45 days, but did it at three months and only 20%, says technician Jesús Acuña, who questions the use of imported material instead of the national one.

His other technical argument is that “you cannot plant coffee in full sunlight in Manabí. The technicians of the Ministry of Agriculture (MAG) do not want temporary shade because they plant in Brazil, where there are other conditions. ”

We emphasize that we are in full equinoctial line and we have to plant arboreal species that help maintain the soil. There they do not have irrigation systems, as do the large producers who grow varieties of Arabica or Robusta.

Fernando Parrales, of the Union (San Eloy), is one of the 35 members of an association that planted Arabica coffee and still hopes to harvest, almost four years later. What was a hope for an area that is becoming increasingly depopulated by the lack of work is today a concern.

According to the program of the previous Government, in the second year a plant had to produce one pound, and third year, two, three, four or five pounds. “We are going to pay the loan for the fourth year and we have no way to get ahead,” the coffee farmer told EXPRESO.

And it does not have replacement options either, since if Lúber Villavicencio wants to take out 60,000 avocados he must rent a “burrito” and when he arrives in town for each fruit he receives 10 cents. Oranges are also cheap, like mandarins and other fruits.

Ecuador became the second producer of industrialized coffee in the world. And one of the first in lyophilized.

In the 80s the coffee world lived its best season, after the implementation of quotas that kept prices.

In Ecuador there are two companies: Instant Solubles and El Café. One in Guayaquil, the other in Montecristi.

The Coast dominates Manabí is the most important province in terms of cultivated area of coffee, according to the latest INEC survey of 2016. It has 30,348 hectares, of the 55,898 hectares that exist nationwide. The fall in relation to 2015 has been substantial: 12,000 hectares disappeared from the Manabi map. Sucumbíos is in the second place.

The variety that predominates is the arabica, of better quality and aroma. In the East the robusta predominates. The protagonists Lúber Villavi-cencio, coffee grower from El Ramito I have five children. Two had to migrate to another province and another had to leave to Jipijapa to work. The communities are migrating a lot. We are already only 50 in the area. Most houses are left with two people.

There has been little standing coffee in Manabí, where once was a party and the harvest was rich. People are cutting down forests to plant corn and other products. They have bought land and now there is an effect on the environment.

We want the Government to unify criteria between producers, exporters and industrialists so that a project can produce results, because the Government does not generate work, but productive activity.

I was born, I grew up and I want to continue in the field. I study Civil Engineering in Jipijapa and every day I return to my house in the countryside, but unfortunately most of the young people are gone. It is urgent that we fight to avoid this catastrophe.

It is necessary to work on a plan with our varieties. There is no need to bring varieties from other countries if in Ecuador we have a genetic bank and trained people still live in the province of Manabí.

Askley thin, industrial and exporter of coffee Manabí is suffering very hard. The churches, the cemeteries, the hamlets are abandoned. Nobody has managed to reactivate the coffee industry, which became one of the activities generating large amounts of foreign exchange and employment. (I)

Indigenous designers create their own fashion