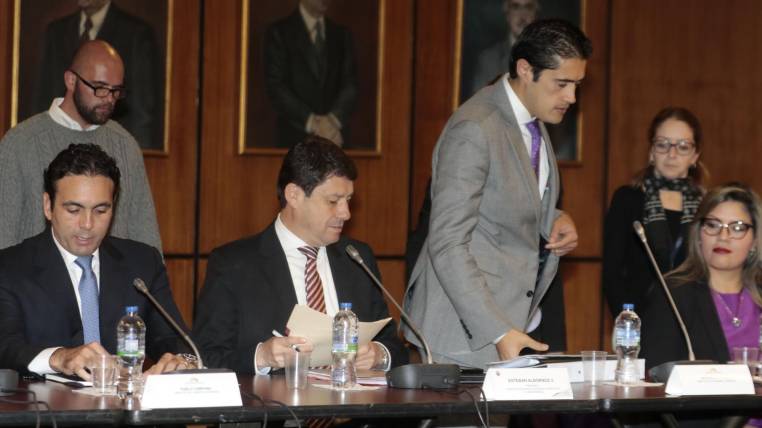 Ecuador spends more than what enters. And as he needs to cover his expenses, he has gone into debt to an exorbitant figure that exceeds the constitutional limit. That panorama is the one inherited by Minister Richard Martinez from his predecessors and these, in turn, from the regime of Rafael Correa. This is what is proposed to solve the new head of Finance with a law of productive development that, in the academic sector, has left dissatisfaction.

To sum up the approach of economic analysts, if the State has more expenses than income, the urgent thing would be to reduce those expenses and try to obtain more resources with investment. The concern arises because the new law focuses rather on the second, although the arrival of capital will not be immediate, and does not specify the measures that will reduce state spending.

EXPRESO has consulted the Finance portfolio if restrictions will be announced in the coming days and why the law presented in the National Assembly did not include them, but no response has yet been received.

The business sector, which has been insisting on an economic adjustment recipe for years, does not renounce its maxims, but grants a grace period to its former colleague to take the measures of trimming and trust in the path traced by the minister. Economists, on the other hand, are urging that spending restrictions be defined. “There seems to be a consensus among guilds and finance authorities to ignore the big elephant in the room: the public deficit. They have been content with reducing taxes, “says Gabriela Calderón, a columnist and researcher at the Cato Institute, an ideas laboratory in Washington (USA).

Martinez has announced that it will reduce the primary deficit (the gap between income and expenses) over a period of three years, but what worries economists – who do not fail to recognize that their proposals are important and necessary – is that the minister has not included in these calculations what the country must pay each year for debt. The equation does not block them.

“Reducing the primary deficit does not mean reducing the public deficit since this, with service to the debt, reaches 8,000 million dollars every year,” clarifies Alberto Acosta, economist and editor of the Economic Analysis Journal. “What the minister said is that he wanted to reduce the deficit each year by 1% of GDP, but that is not regulated by law and that cannot be achieved without reducing spending.” For Acosta, the law presented is very generic, does not specify in what percentage the fiscal imbalance will be closed every year until 2021, nor does it charge an agency (such as the Comptroller’s Office or the Assembly, for example) with the mission of monitoring compliance with the goals of the plan of stability. “That leaves the door open to arrive 2021, we have become more indebted and say, when leaving the Government, they did their best, but they did not solve the problem,” he predicts with discomfort. (I)