Despite the restructuring of the Chinese debt, the country risk will remain high, and the government will have problems financing itself, say the international firms S&P Global Ratings and Barclays. 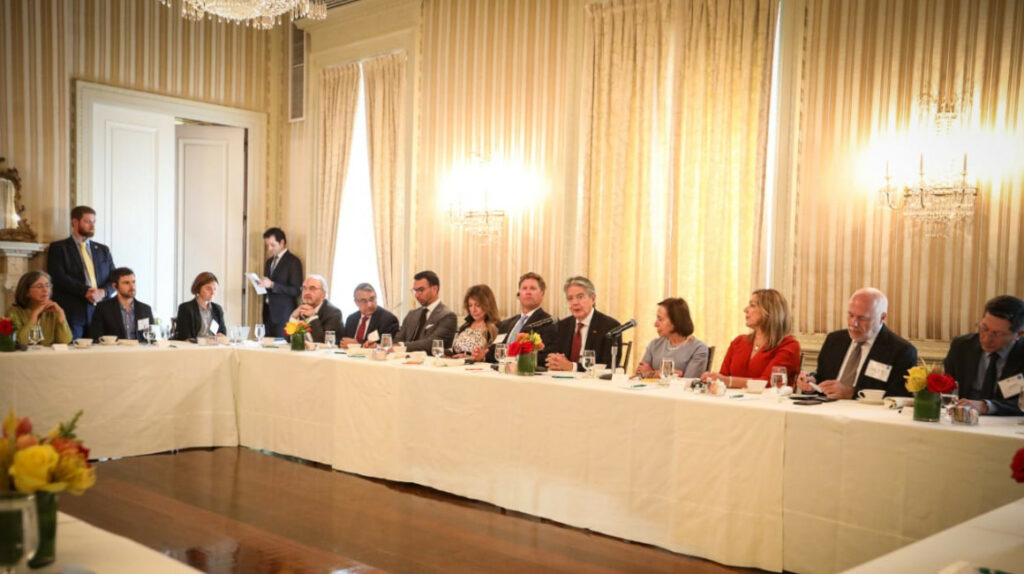 With the restructuring of Ecuador’s debt with China, the installments of the loans that the Ecuadorian State had to pay to China will be lower between 2022 and 2025.

The restructuring allows relief in the payment of debt to Chinese banks of USD 1,425 million in those four years; that is, that value will be paid in a longer term, until 2027 and 2032, depending on the tranche of the obligations.

In addition, the government achieved a reduction in interest rates of between 0.2 and 0.9 percentage points compared to the 5% on average that was paid before.

After the agreement, the government will disburse China USD 474 million per year on average between 2022 and 2025. Without the renegotiation, Ecuador would have had to pay USD 824 million per year in the same period.

This represents a relief for fiscal accounts, at a time when Ecuador seeks to increase social spending and public investment.

The former Minister of Finance, Fausto Ortiz, explains that the reprofiling does not imply a saving in the payment of the debt capital for USD 1,425 million, but only extends the payment.

Although, there is a saving for the government for a slight reduction in interest equivalent to USD 40 million, in total, between 2022 and 2025.

The restructuring with China is positive, because it reduces the pressure compared to 2023 in which obtaining credit will be more complicated for the government, says the former head of the World Bank for Latin America, Augusto de la Torre.

But, after the renegotiation with China, the government will have to get less credit.

De la Torre adds that with the reprofiling, Ecuador’s need to issue bonds in 2023 is also reduced. And, in this context, Ecuador will be able to focus on seeking more multilateral debt.

The risk rating agency S&P Global Ratings considers that, even with the restructuring with China, Ecuador faces challenges in obtaining financing, due to the volatility of the market, the high-country risk and the limited space it has to issue internal debt.

However, the firm decided to maintain Ecuador’s sovereign credit rating at “B-” in the long term and “B” in the short term, with a stable outlook.

According to S&P Global Ratings, this agreement has not affected its view of Ecuador’s capabilities and willingness to pay its commercial debt creditors in bonds.

Despite the less pressure to pay these loans in the short term, the markets continue to see Ecuador as a risky country, adds the economist at the British investment bank Barclays, Alejandro Arreaza.

Ecuador’s country risk will remain high due to institutional weakness and uncertainty about political stability in Ecuador, according to Barclays.

With a high-country risk, which is at 1,421 points, it is more expensive for the State to seek external credit.

Arreaza explains that the markets recognize the order in the fiscal accounts that Ecuador has maintained in 2022. But that positive perception has not been enough to counteract the political uncertainty that is perceived after the national strike in June.

If the State issues bonds at this time, it would have to pay a rate of 19%, an onerous cost considering that multilaterals offer credit at an interest rate of 1.9%.

On average, Ecuador’s country risk in August was 1,430 points, the second highest in South America after Argentina.

Another problem was that USD 1,395 million of debt with the China Development Bank (CDB, for its acronym in English) was tied to the sale of oil to Petrochina , a subsidiary of the Chinese state giant CNPC.

Before the negotiation, the payment of debt and the sale of oil expired in 2024, but now the terms are extended until 2027.

Part of this oil (28 million barrels) will be sold to Petrochina, under a new contract, at market prices and conditions.

In addition, Ecuador managed to release 10 million barrels that were committed to China in the 2022-2023 period.

The released barrels will be sold by Petroecuador in the spot or open market, which leaves better prices for Ecuador.