Ecuador aims at investors in Davos 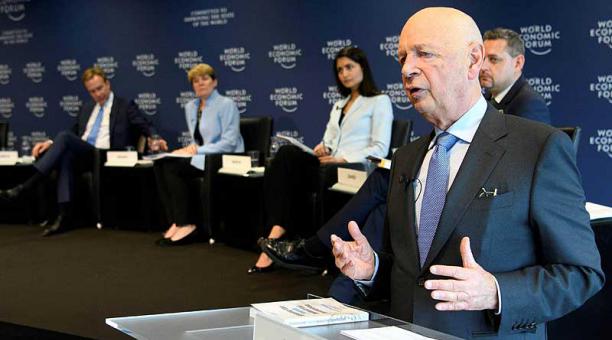 Strengthen the confidence of international businessmen and strengthen relations with other countries to promote investment in Ecuador are the main goals of the country’s participation in the World Economic Forum, which will be held in Switzerland.

The annual meeting is held in the city of Davos between January 23 and 26. This year, 80 heads of state will participate. Among the Latin American countries that will be present are Ecuador, Colombia, Brazil, Panama, the Dominican Republic, Peru, Mexico, Argentina, among others.

According to the Ministry of Foreign Trade, as the official representative of Ecuador, will be the holder of the State Portfolio, Pablo Campana. The official will hold bilateral meetings with representatives of companies such as Puma Energy, Repsol, Antofagasta, Anglo American, AT & T, Citibank, Abraaj Group, Bain and Company, CFE, Mercuria Energy and Iberdrola. In addition, he will dialogue with his counterparts in Saudi Arabia, Majid Al-Kasabi; and from Qatar, Ahmed Bin Jassim Bin Mohamed Al Thani, with the objective of positioning Ecuador as an investment destination.

In addition, Campana will present a paper in the Strategic Perspectives in Latin America forum. There will also expose the investment opportunities in the country. In this space will participate the first president of Panama, Juan Carlos Varela; the Secretary General of the OAS, Luis Almagro; and the president of the NGO Transparency International, Delia Ferreira. The agenda includes issues of regional integration, the impact of the six elections scheduled for Latin America in 2018 and corruption.

The Minister will be part of the meeting of the board on International Trade and Investment, in which he will participate along with personalities such as Roberto Azevêdo, General Director of the World Trade Organization (WTO), and other trade ministers. It is not the first time the Government participates in the World Economic Forum. In 2004, former President Lucio Gutiérrez traveled to the meeting; the then ministers of Foreign Trade, Ivonne Baki, and of Finance, Mauricio Pozo.

The latter recalled that at that time the President made presentations on the economic actions applied by the Government to boost the economy and some results such as the reduction of inflation to 2%, the balance of fiscal accounts and the payment of overdue accounts. What stood out in Davos, according to Pozo, was that Ecuador had a structured economic program.

The former minister recalled that this year the country’s growth was the highest in dollarization, over 8%. “Currently, the problem is that they do not have the program. What they have are isolated decisions and the results have not yet arrived. They should commit to announcing a program and reversing what has been done in the last 10 years, “said Pozo, while reading the future participation of the country in Davos. His opinion is that participating in this event will be key to providing security to investors who are looking for to arrive in the country. The national investment portfolio is around USD 33 billion in 29 projects.

At the Davos meeting, members of the Ecuadorian private sector will also participate. The World Economic Forum was born in 1971, as a private foundation to discuss strategies with which European companies could face the needs and challenges of the world market; although in 2015 it was formally recognized as an international organization for public-private cooperation.

Other participants in this edition of the forum will be: the US president Donald Trump; the president of France, Emmanuel Macron; the Prime Minister of Canada, Justin Trudeau; the US trade representative Robert Lighthizer, and Cecilia Malmström, the commissioner of Commerce in the European Commission, who participated in the process of the agreement with Ecuador.

Among the topics that will be discussed in the Forum is the use of meetings of this kind, as a means to promote international cooperation. Also, issues related to climate change, globalization, geopolitical conflicts such as North Korea, the Horn of Africa and Syria will be discussed; the goal of reinforcing equality in different areas for women, among other points. (I)

Indigenous designers create their own fashion