Ecuador allows the facto union among GLBTI in their identity documents 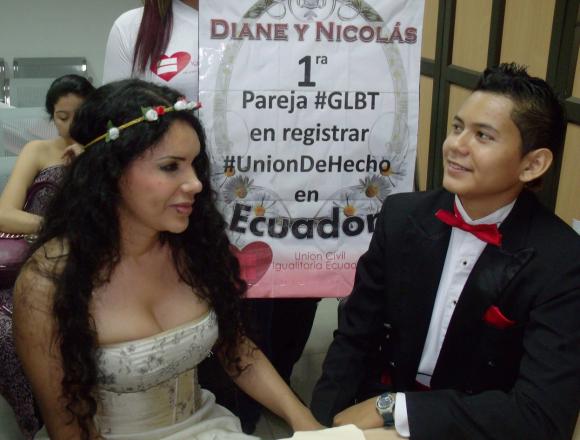 Ecuador GLBTI members (gay, lesbian, bisexual, transgender and intersex) succeeded on September 15, for the first time, on registering and suscribing their facto unions in their identity documents, after fighting to obtain that recognition since 2008.

The norm that allows them to inscribe their unions in identity cards does not imply recognizing the marriage between same-sex couples, but has been qualified as a “big step” by GLBTI activists.

The Civil Registry did not permit the homosexuals to inscribe their facto unions in the identity document because it was not considered a civil state, even though the Constitution of 2008 gives the same rights to the facto cohabitation to civil and religious marriages.

However, at the end of August, President Rafael Correa ordered the registration expansion of civil unions between homosexuals on their IDs, as heterosexual couples. The order was issued by the Civil Registry on August 22.

New board will be responsible for regulating the BCE electronic money