According to the National Directorate of Epidemiological Surveillance of the Ministry of Health, currently in six provinces of Ecuador there are 68 cases of the new Omicron variant. That means an increase of 44 cases more than that reported on Monday, December 27, 2021, when 24 infections of that mutation were reported. 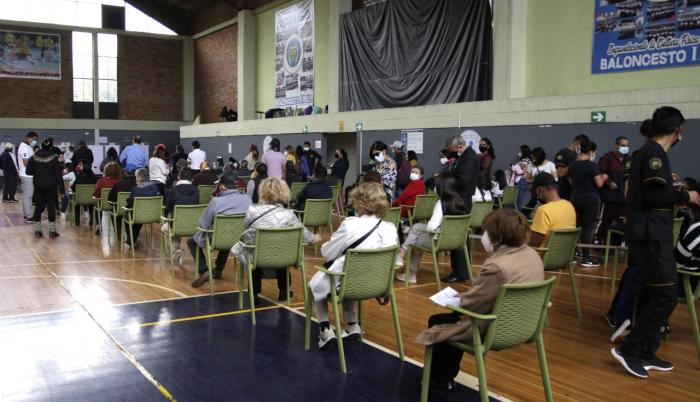 Dozens of people came to the Central University Coliseum to receive their dose of vaccine.

In a statement, the Ministry of Health reported that Guayas and Pichincha top the list of infections with 33 and 30 cases, respectively.

In addition to the two provinces, there is a case in Napo, another in Chimborazo and one more in Cotopaxi. Tungurahua reports two. In the case of Pichincha there is a case imported from the United States. The Ministry asserts that the 68 people positive for Ómicron and the suspects are in an epidemiological siege and under medical surveillance. To these are added other variants, such as Delta, Alpha, Gamma, Iota, Lambda, Mu and others identified. It reports that in total, 3,353 cases of mutations have been found in Ecuador, including Ómicron. But predominates:

The Ministry indicated that in recent weeks there has been an increase in infections due to crowds and events due to holidays and Christmas and New Year’s events . There is constant monitoring and epidemiological surveillance in the 24 provinces of the country with 1,326 diagnostic points, in case of respiratory symptoms associated with the coronavirus that citizens present. Those symptoms can be: cough, fever, muscle pain, lack of smell and taste.

Additionally, this January 3 began the application of the reinforcement for people between 50 and 59 years old. The only requirement is that they have completed five months of the placement of the two doses. Those who are between the ages of 18 and 49 may receive their reinforcement upon completing six months of the administration of the complete scheme. In both cases, people must approach the vaccination centers with the immunization card or certificate, added Salud.