Ecuador, Costa Rica, Panama and the Dominican Republic, countries that make up the Alliance for Development in Democracy (ADD), issued a statement on December 8, 2022, on the political situation in Peru. The recently inaugurated president of that country requested a political truce from the Peruvian institutions. Ecuador supports that possession. 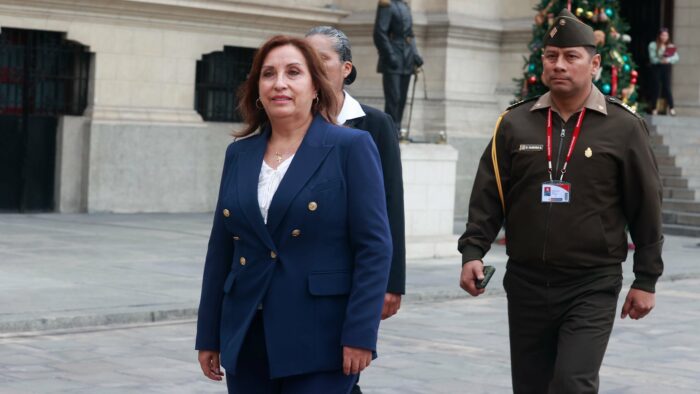 Ecuador and three other countries in the region call on Peruvian citizens to remain calm while institutions are restored after the attempted coup.

“Encouraged by the responsibility of contributing to the strengthening of democracy in our region, the ADD countries call on the brotherly Peruvian people to find ways to overcome this unfortunate crisis peacefully,” the statement said.

On December 7, Peru lived an atypical day. Castillo was arrested and is being investigated for the crime of rebellion (alternatively conspiracy), according to the Peruvian Judiciary.

The Alliance regrets the ” grave situation ” produced in Peru by the presidential measure to dissolve Congress ” thus violating the constitutional and legal order of that country.”

Upon being sworn in, Boluarte requested a political truce to install a government of national unity. The deadline is to rescue Peru from corruption and misrule, she offered.

The ADD attaches special importance to the expressions of the Armed Forces and the National Police of Peru, for urging the population to remain calm and trust in the institutions of their country.

For the ADD, democracy is characterized by the broad discussion between the main political actors and their rulers. The rule of law and constitutional guarantees must prevail in any situation that puts the tranquility and social peace of its citizens at risk, she urged.

In a similar statement, the Costa Rican Foreign Ministry reiterates its support for political dialogue so that Peru finds a lasting and effective solution to the political crisis.

The assumption of command constitutes an opportunity to reorient what should be done with the country, Boluarte declared during his first statements to the press on December 8.

Ecuador in the ADD

The ADD is a space for dialogue and strategic coordination to promote economic growth within the framework of democracy, human rights and sustainable development goals.

This initiative was established in September 2021 and Ecuador joined on July 25, 2022. On September 21, 2022, the President of Ecuador, Guillermo Lasso, participated in a meeting with the Heads of State of the member countries. There he proposed a fourth axis within the ADD, focused on environmental sustainability and circular economy.

On another topic, Ecuador’s vice chancellor, Luis Bayas, held a meeting with the US Undersecretary of State, Victoria Nuland, to discuss peace and security issues in the region and globally. This as part of Ecuador’s preparatory process in the United Nations Security Council, which will be from 2023.

Ecuador and the United States strengthen cooperation against transnational crime