Ecuador and Haiti extend their bilateral cooperation to other areas 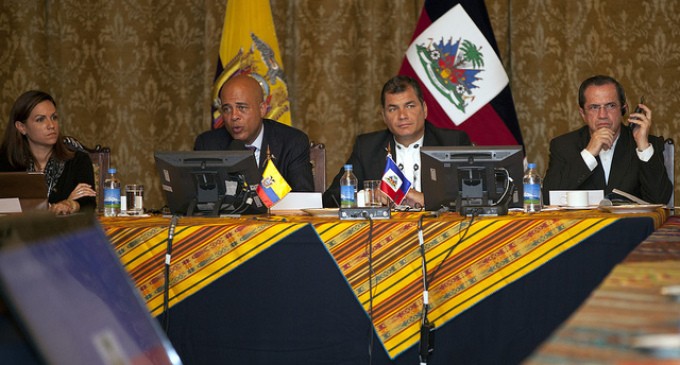 The Haiti President’s visit to Quito, Michel Joseph Martelly, served for Ecuador to ratify its cooperation with the Caribbean island. The Foreign Minister Ricardo Patiño said that such collaboration exceeds $ 20 million.

These resources, said the official, were used after the earthquake that devastated Port-au-Prince, the capital of Haiti, in January 2010. Patiño also confirmed that the joint actions will continue.

The collaboration extends to other areas, because during a conversation, the presidents said that more than thirty Haitian scholars are studying in Ecuador.

Furthermore, between the axes of the presidents private conversation, was the scientific cooperation and procedures for migrants from the two countries.