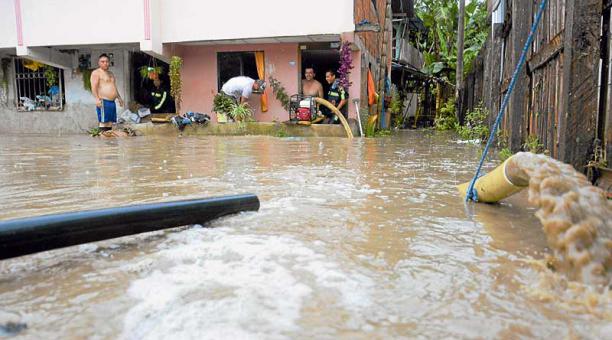 Projections state that the intense rains won´t cease in the coasts of Ecuador and Peru until mid-April. The coastal region of both countries is undergoing through the effects of the warmed water, of the Pacific Ocean. That raise in the temperature has generated bad climate clouds, which occasioned strong rains.

In Ecuador, authorities consider that we are going through an atypical winter, while this phenomenon in Peru is called the “Coastal Child” (Niño Costero). Ecuadorian Technicians affirm that the ´El Niño´ current is not present. In the country, 16 people have died, 1175 casualties and 130 houses were destroyed.

In Peru, the National Service of Meteorology and Hydrology says that the raise in the waters temperatures is above 10 degrees in relation to the normal raise, during the summer. The president of the Ministry Council, Fernando Zavala, said that the government is ready to attend the emergency that, since December, has left 78 dead people (30 in the last two weeks), 101 104 casualties, 1500 houses, 2 000 km roads and 175 bridges destroyed.