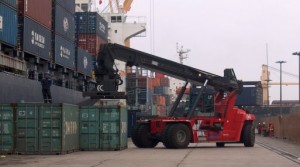 The Governments of Ecuador and Peru will meet on Monday in Quito to discuss the implementation of an exchange safeguard measure of 7%, which applies to Peru since January 5th.

This would be the second meeting held by the President of Ecuador, developed after the appointment of Wednesday with representatives of Colombia, with whom he agreed to study a possible decrease in the safeguard of up to 21%. Ecuador raised the possibility of lowering the level of the exchange safeguard to 17.4%, while Colombia has proposed the reduction to 7%.

The Ministry of Foreign Trade and Tourism of Peru (Mincetur for its Spanish acronym) said in a press release that the SGCAN, “does not authorize the request of the Government of Ecuador to apply provisional safeguard measures by currency devaluation of Peruvian and Colombian products … “.

The Minister of Foreign Trade and Tourism of Peru, Magali Silva, said that since this is a preliminary ruling, they will keep track and action within the process so that the Peruvian arguments defense are taken into account by the SGCAN when issuing a decision within a month, according to Article 98 of the Cartagena Agreement.