The Government concretized new actions with the United States (USA) to  combat drug trafficking . This September 14, the two countries signed the  Cooperative System for the Integration of Situational Information (CSII),  as reported by the Ministry of Defense and the United States Embassy in Ecuador. 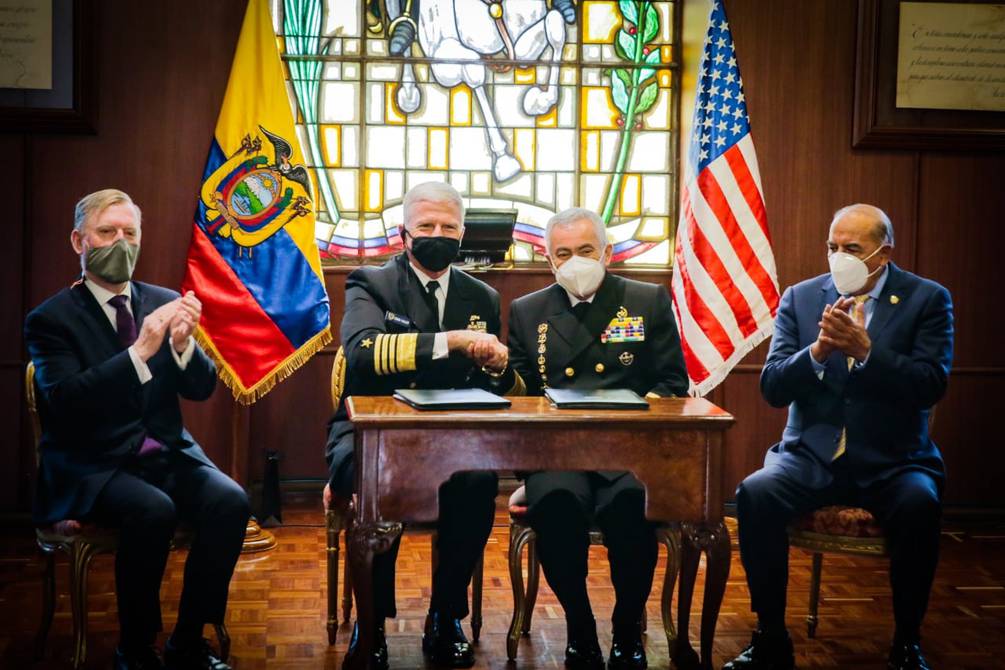 It is a regional memorandum of understanding for the  exchange of information to combat drug trafficking  by facilitating the timely exchange of data on activities suspected of illicit trafficking, the Embassy detailed in a statement.

The CSII also covers  humanitarian assistance  in cases of natural disasters, search and rescue, defense of sovereignty and territorial integrity and citizen peace, the Ministry added.

The document was signed by Vice Admiral Jorge Cabrera, head of the Joint Command of the Armed Forces, and by the representative of the United States Department of Defense,  Admiral Craig S. Faller, who is commander of the United States Southern Command.  Faller arrived in Ecuador hours before the official ceremony.

The US admiral highlighted that ” information exchange  initiatives such  as the Cooperative System for the Integration of Situational Information allow the United States and Ecuador to work together to make our countries and the entire region safer.”

After the signing, the Defense Minister, Admiral Fernando Donoso, and the military high command held a meeting with Admiral Faller and the official US delegation, discussing security and defense cooperation issues  .

During the meeting, Donoso said that the  Ecuadorian Armed Forces must have a “direct participation” with their counterparts from Colombia, Mexico and the United States, through training, intelligence systems, equipment support, among others, “which are necessary to face threats that are common ”.

The U.S. Embassy noted that since the reopening of the Office for Security Cooperation in 2018, the U.S.  mission  has delivered more than $ 2.8 million in humanitarian assistance, $ 1.4 million in military training,  and $ 27, 7 million in equipment and support to Ecuadorian counterparts to combat illicit operations and strengthen the defense of Ecuador. (I)