Ecuador and the United States strengthen cooperation against transnational crime

President Guillermo Lasso held a meeting on the afternoon of this Wednesday, December 7, 2022, with Alejandro Mayorkas, Secretary of Homeland Security of the United States. In the meeting held at the Carondelet Palace, the Ecuadorian president and the US official agreed to deepen joint actions in security matters such as the fight against transnational crime and drug trafficking. 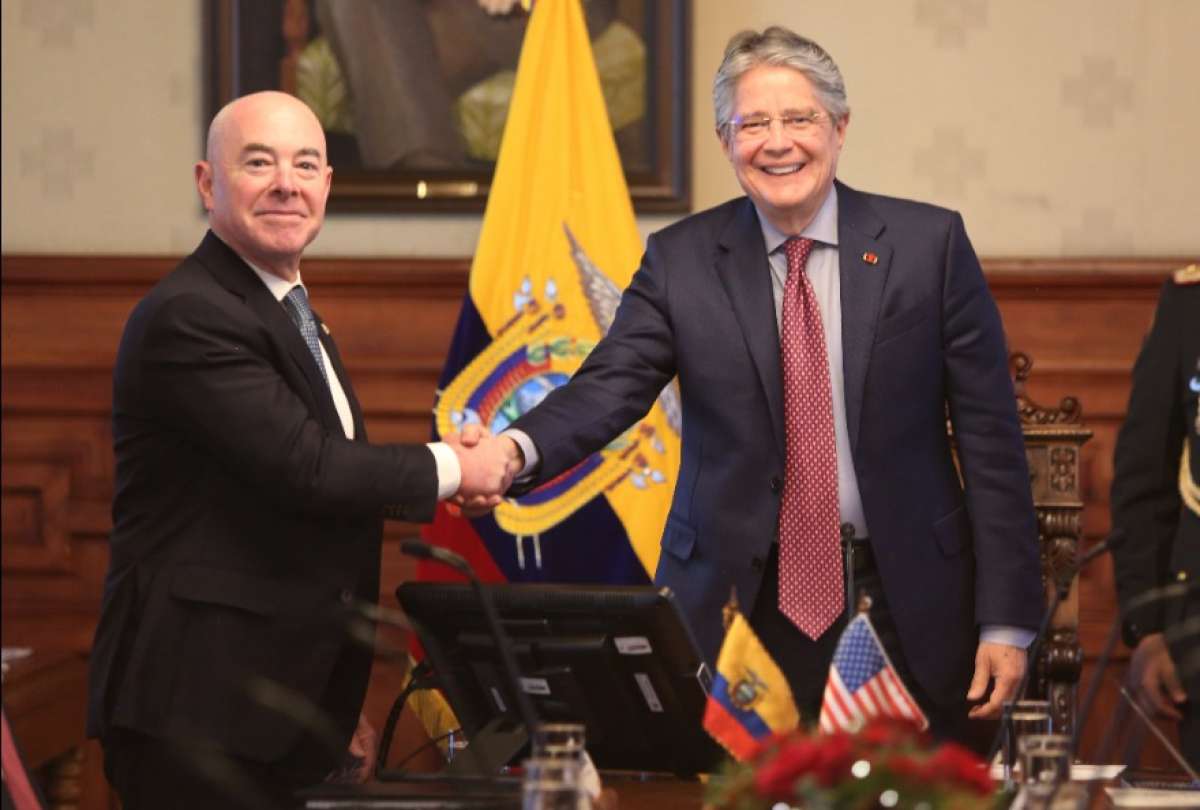 In the talk, the progress of bilateral cooperation between the two countries was reviewed to strengthen Ecuador’s security in aspects such as defense, mechanisms to combat drug crime and social projects to support the high-risk population, focused on those who They reside at the borders.

Mayorkas highlighted the implementation of technology and cybersecurity as tools for law enforcement to fight against organized gangs. “This technology has already made it possible to obtain advances in intelligence operations and police investigation. For example, the agreement related to the traceability of weapons, explosives and shared databases, signed recently, are already giving results and attacking the structures and economies criminals, said the Minister of the Interior, Juan Zapata.

For the National Government, the safety and peace of citizens is a priority, which is why it has managed international cooperation to fight this fight. The result is this meeting with Secretary Mayorkas, who pointed out that this conversation took place after a first meeting that he held in June of this year, during the Summit of the Americas in Los Angeles (United States). On that occasion they agreed on the importance of working together in the face of the challenges shared by both countries, especially in aspects related to security.