Ecuador asks Mexico to improve proposal for shrimp and bananas

The Government of Ecuador affirms that a trade agreement cannot be signed that does not have adequate access for all the exportable supply. 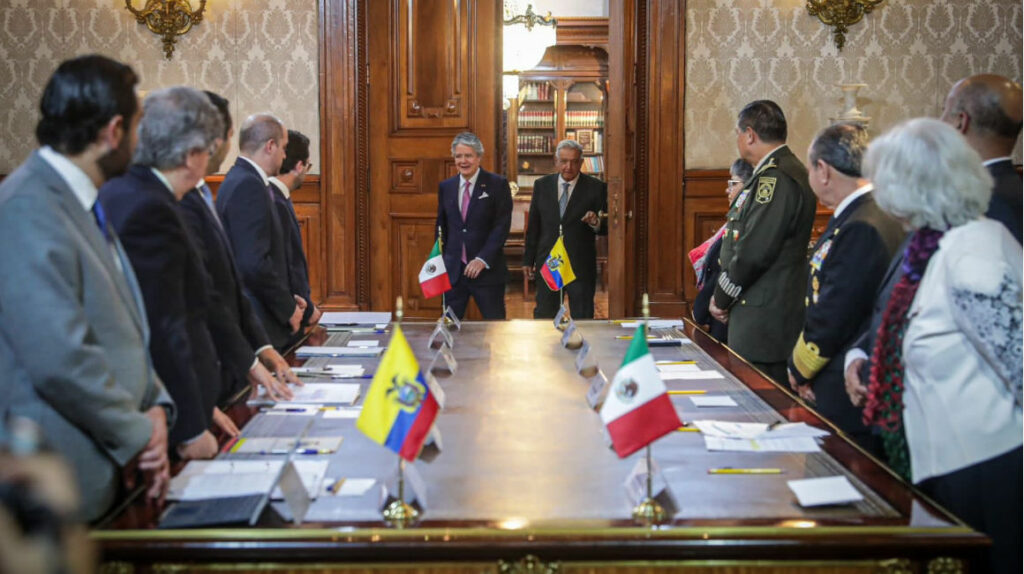 Authorities of Ecuador and Mexico meeting on November 25, 2022.

The Government of Ecuador has asked Mexico to improve the access proposal for two-star products of the exportable basket, within the framework of the negotiation of a trade agreement.

These are shrimp and bananas, which have tariffs of 9% and 12% in the Mexican market.

“Over the past few weeks, we have had discussions about various scenarios where there would be no exclusions for these two products.” Says the Minister of Production, Julio José Prado, on December 9, 2022.

Although, he adds that “in recent days, we have received several proposals that do not come close to the minimum necessary market access that these two products should have.”

Therefore, “we are waiting for an offer that improves what has been presented,” says Prado.

The position adopted by the administration of President Guillermo Lasso is that “we cannot close a trade agreement that does not have adequate access for all our exportable supply and benefits for all our sectors,” says Prado.

Entrance to the Pacific Alliance

For Ecuador, the signing of a treaty with Mexico is an essential requirement to become a full member of the Pacific Alliance.

The countries that make up this trade bloc, considered the eighth largest economy in the world, are Mexico, Colombia, Peru and Chile. With the last three countries, Ecuador already has trade agreements.

The Pacific Alliance representatives were to meet on December 14 in Lima, but the meeting was postponed due to the political crisis in Peru.

Ecuador was waiting for the block meeting. That’s because Mexican President Andrés López had said that a trade agreement with Ecuador would be announced at the meeting.

In this context, “there is a dilation of the possible entry of Ecuador into the Pacific Alliance,” concludes Prado.

Ecuadorian wages are below pre-pandemic levels