Ecuador assumed the pro tempore presidency of the CELAC 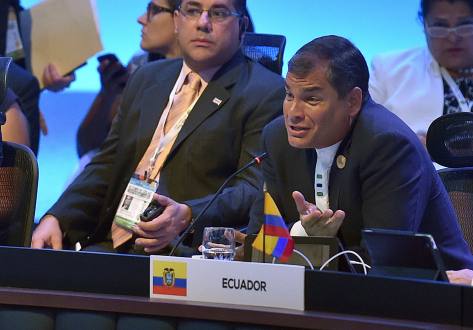 “We have made progress, but we have to go much faster,” Correa said in his speech.

“The fundamental problem is who commands society: the elite or the majority, capital or humans, the market or society,” the President said.

The Ecuadorian President proposed that the CELAC works in the coming years on five major areas: reducing extreme poverty and inequality; education, science, technology and innovation; environment and climate change; funding for development, infrastructure and connectivity; and develop and enhance the role as a block.

He also said that in his opinion, the region should increase spending on research and development from a 0.78% to 1.5% of GDP over the next five years.

Furthermore, Correa invited the block to create a “regional financial architecture” that would modify “the not only unfair immoral world order, but where everything depends on capital and hegemonic countries.”