Given the political-military tensions between Russia and Ukraine , the Ministry of Foreign Affairs and Human Mobility began with the registration of Ecuadorians residing in Ukraine. 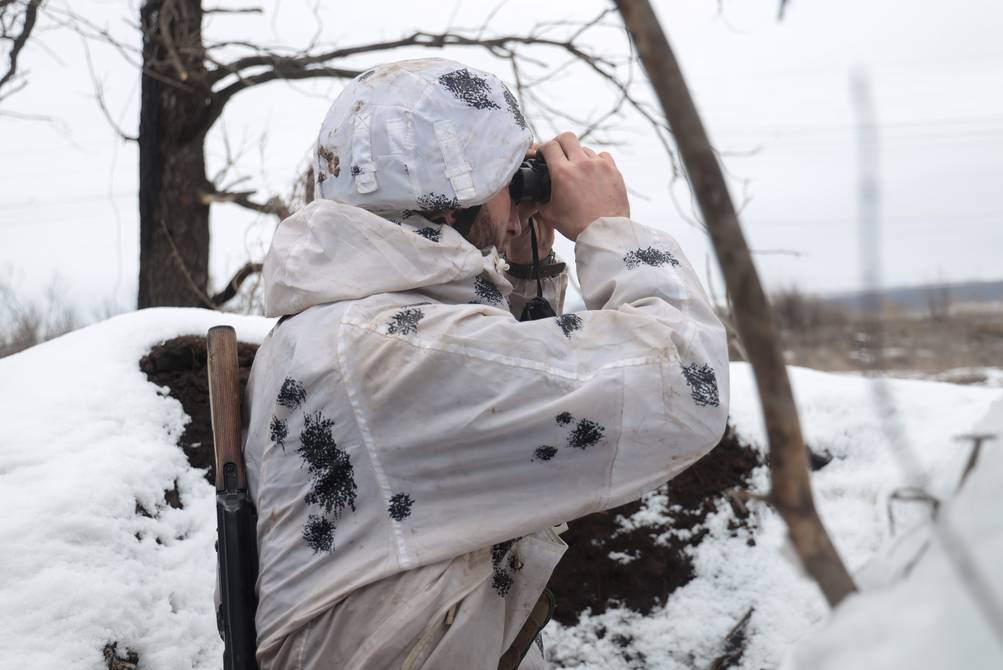 A Ukrainian serviceman checks the situation at the positions on a front line, not far from pro-Russian militants controlled city of Horlivka, Ukraine, 31 January 2022 amid escalation on the Ukraine-Russia border. Ukrainian Foreign Minister Dmytro Kuleba urged Russia to continue diplomatic engagement and pull back its military forces positioned along Ukraine’s borders in a tweet.

So far around 400 Ecuadorians have been identified , with whom permanent communication is maintained, through the Embassy of Ecuador in Austria, concurrent with Ukraine.

The Embassy coordinates the collection of relevant information, with the verification of valid passports and visas, for the “activation of a contingency plan, according to the state of the situation in Ukrainian territory.”

“Negotiations have been initiated with different countries, with the aim of having additional support, in the event that the circumstances warrant it,” the Foreign Ministry added in a statement.

According to international reports, Ukraine fears a possible military invasion by Russia due to unusual military movement across three of its four border sides.

The United States warns Russia with financial and other sanctions if it does so, although Russia has denied an objective in that regard. Canada has moved its troops to Ukraine to ensure its safety.

The World Bank approves a $700 million loan to Ecuador