Last Wednesday at the Plaza del Teatro in Quito, capital of Ecuador, the International anti-Chevron Day was celebrated with art, music and activist legends such as “Justice not impunity, toxic Chevron never again.”

Simultaneously in about twenty countries around the world, they also celebrated the day against the U.S. oil company, which has caused serious environmental damage, especially in the Ecuadorian Amazon.

Dozens of protesters attended the square with flags and banners to express the desire for justice and respect for nature.

According to the Union of Affected over Texaco Operations (UDAPT for its Spanish acronym), organizers of the event in Ecuador, the act seeks to “make visible those who have systematically been impacted by poor environmental practices (in the Ecuadorian Amazon) by the transnational company.” 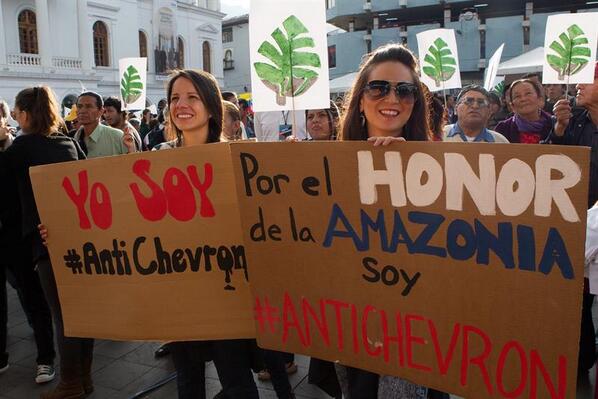 People at the Plaza del Teatro in Quito holding banners.