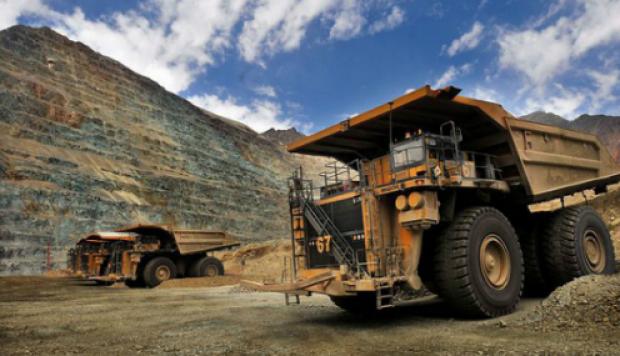 Copper is considered one of the best conductors of electricity thanks to its ductility and malleability. Behind iron and aluminum, copper is the third most used metal in the world and is one of the few that can be found in the native state, that is, without combination with other elements.

Ecuador has always been a copper buyer and now has the great opportunity to become a producer, it could even be among the most important worldwide, according to exploration studies conducted by experts. On Saturday, on the occasion of President Lenin Moreno’s trip to Chile to attend the presidential change, an agreement was signed between the National Mining Company of Ecuador Enami-EP and Chile’s Corporación del Cobre, Codelco, for the two state companies to promote the binational project Llurimagua, Cotacachi canton, in the province of Imbabura.

The participation percentage will be 51% for Enami-EP and 49% for Codelco. President Moreno informed that the mining agreement will allow Ecuador to strengthen knowledge, exchange experiences and, in the future, develop a joint work of mutual benefit. Chile, said the President, has immense experience in the mining industry and is the largest copper producer in the world.

Experts say that Ecuador has great potential in the mining industry, which could ensure a production that would place it between 12% and 15% of global

participation. “I think we can do a good business. This will be good for the people of Chile and Ecuador, “said the president. Whenever there is talk of mining, some concerns arise regarding the environment, but Moreno clarified that Ecuador promotes the development of a responsible mining with nature, environmentally sustainable, economically profitable and socially just.

For Ecuador, the agreement was signed by the Minister of Mining (in charge) Rebeca Illescas, and by Chile her colleague, Aurora Williams. The ministries of the two countries committed themselves so that the copper exploitation is carried out under the highest standards of quality and sustainability. Minister Illescas said that this year will complete the advanced exploration and in 2019 the feasibility process begins. (O)