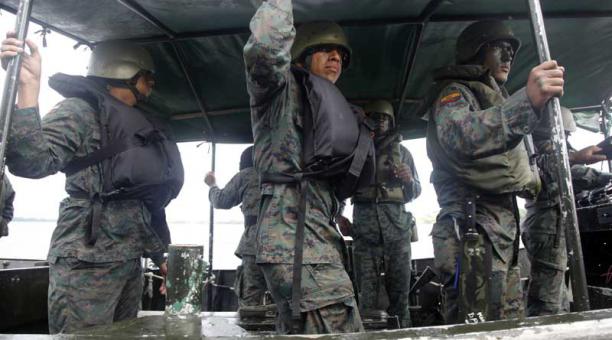 The last warning came from the top leader of the FARC Rodrigo Londoño aka ‘Timochenko.’ The guerrilla leader warned that Colombian paramilitary groups are expanding their influence on the Ecuadorian border following the signing of peace.

These groups have already taken “all the rivers” that flow between the two countries, Timochenko said five days ago. Wednesday daily El Comercio crossed data with intelligence agents operating on the northern border and admitted that this is a “strong possibility.”

The reason? In the north of Esmeraldas, Carchi, and Sucumbíos the Colombian departments of Putumayo and Nariño are located, home of the largest coca leaf crops in the country. This geographical situation makes border rivers a key area for processing cocaine and then transferring it to Central America and the United States.

What is being done then? Cesar Navas, head of the security ministry, warns that specialized intelligence groups have been deployed, mainly in Sucumbios and Esmeraldas, to track down Colombian criminal organizations and FARC dissidents who did not take part in the peace process.(I)