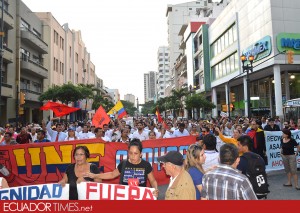 For the third consecutive day, groups in favor and against the government took to the main streets of the country to express their dissatisfaction with the implementation of new laws.

Yesterday, from 17:30 in downtown Guayaquil protesters walked from the Centenario Park to the Malecon street, where a squad of policemen waited. With flags and posters in hand they showed their opposition to new taxes.

“We are doing this against people who are negatively affecting our country. We try to leave something for our children, however, they are still blaming us, crushing us and we can not progress. It is time for the president to reflect,” said one of the protesters. 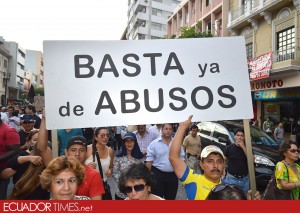 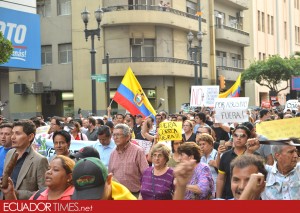 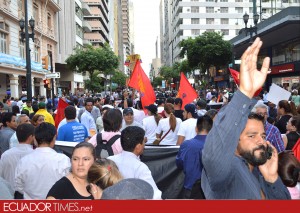 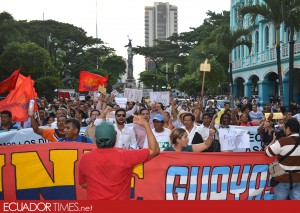 Alianza País adherents grouped in the Governorate of Guayas, led by Governor Julio Cesar Quinonez, to show their support to the government of Rafael Correa.

Meanwhile in Quito, supporters of the regime gathered again at De los Shyris Tribune,_ where the headquarters of Alianza País is located. 10 meters away, with flags and black clothes, opponents demonstrated after 22:00.

A police drone watched over the protesters and a squad of at least 100 members safeguarded both groups.

President of Ecuador believes there is conspiracy