The annual report of 2010-2011 of the World Economic Forum (WEF) given in Beijing discussed the competitive economies around the globe. Latin American market is lead by Chile followed close by Brazil, Costa Rica and Uruguay. 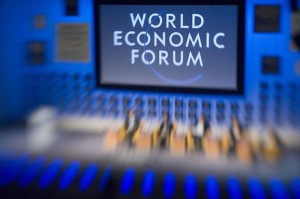 This entity reports confirm the progress obtained in recent decades focusing in the low debt and the increase of foreign exchange reserves, giving some relative calm to the international crisis. The results show that Chile is ranked 30 followed by Puerto Rico in 41, which are among the most competitive economies in the world.

Meanwhile Brazil is ranked 58, close to it is Panama on rank 53, Costa Rica on rank 56 and several other Latin American countries like Mexico, Uruguay, Colombia and Peru follow.

On the other side, the report also indicates the countries that are the last on the list of the 139 studied nations. Ecuador is on rank 105, preceded by Bolivia, Nicaragua and Paraguay. Venezuela is one of the last in rank 122.

The WEF organization explained that the latter country is falling behind and is in the worst place of the list and their poor institutional environment on the markets for goods, labor and financial.

The report highlights the inadequate infrastructure despite the investments made in education and social services due to its low level of experience. Argentina is also lacking in competitiveness even after their high rates growth in the recent years.

Results of the FEM are ambivalent since its important strengths depend on education and the domestic market, however its bigger weakness, as in Venezuela, is the institutional environment since many countries have little with no trust in politicians or its rule and laws.

Chile’s macroeconomic policies of liberalization allowed the nation to withstand the earthquake crisis of this year and its trail of consequences.

On the analysis important achievements were present, showing its two major facts, a large market and the development of the financial sector. However, its main weakness are the low saving rates, high interest rates and a relatively high public debt.

Mexico’s prowess demonstrates the need for continuous improvement to maintain its competitive edge. Nonetheless the country was hit hard by the USA crisis due to its close ties.

Brazil continues to domain the domestic market thanks to the dynamic and prepared private sector. Obstacles persist in the labor market and the reliable performance of institutions; the report shows the immediate need for better education systems.

To end the report, the WEF showed the progress of Peru in recent years, since the nation climbed 13 positions since 2007. This shows improvements on its efficiency, infrastructure and education thanks to a positive macroeconomic policy that has been used for the last decade.