Ecuador enters into a technical recession 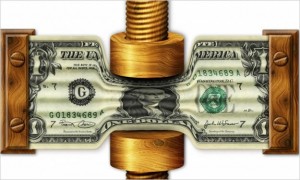 For the second consecutive quarter, the economy of the country has a negative balance, -0.3% after a -0.5% in the first quarter. An indicator that, according to international organizations, financial institutions and financial theories, is a “technical recession.”

The government, however, refuses to use that term. Despite ongoing questions from the media, the general manager of the Central Bank, Diego Martinez, said -in a press conference in Quito- that Ecuador is going through a “cyclical slowdown.”

His argument is that although the quarterly value is negative, the indicator annual growth (comparing the second quarter of 2014 with the same period of 2015) is 1%.

The fact that Martinez did not use the word recession is curious, considering that, last week, President Rafael Correa cited the example of Canada as an economy affected by the global scenario. That country was declared in recession after two quarters of a negative Gross Domestic Product (GDP).