Ecuador even sold the oil it did not have in 2016 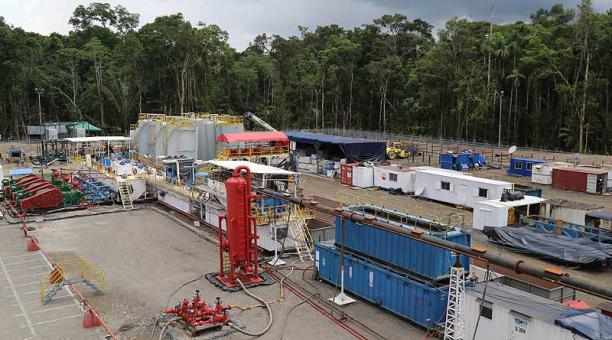 In the last presale signed by Petroecuador with Petrotailandia, the previous government promised to deliver crude oil that it did not have. That contract raised oil delivery commitments during 2017 to 123.9 million barrels, despite the fact that the country only had 111 million available for export.

The agreement with the Thai company was signed on December 1, 2016, by the then manager of Petroecuador, Pedro Merizalde, who is currently investigated by the Prosecutor’s Office, of course, money laundering.

He did it directly, without competition and protected by a strategic alliance between the two oil companies. Through the pre-sale figure, which began to be used since 2009, Petroecuador sells the future production of crude in exchange for the delivery of credits or advances to the Treasury.

Under the Rafael Correa period, Ecuador signed 13 contracts of this type with three Asian firms: Petrochina, Unipec and Petrotailandia. In the last agreement, the Thai agreed to disburse USD 600 million in advance. It is the smallest item of all contracts signed until then. Despite this, the country committed the sale of 123.7 million barrels, which had to be delivered between 2017 and 2021; that is, almost 10 times more than the advance received, considering the average price of a barrel of crude oil in 2017, which was USD 46.

Due to this operation, Ecuador could not comply with the 2011203 pre-sale contract, which was signed with Petrochina. This agreement required Ecuador to deliver to China 16.5 million barrels of fuel oil in the future, when the Pacific refinery began operations.

If the complex did not start operating until December 2016, the country had to compensate Petrochina by delivering a total of 54 million barrels of oil, to be sent between 2017 and June 2019. The refinery never operated and Ecuador had to start delivering the crude oil to China as of January last year, but did not have enough hydrocarbon volume to meet that commitment.

With official letter FAC Nº 2368-OL-ACI-2016, dated December 14, 2016, Petroecuador’s then International Trade Manager, Nilsen Arias, informed Petrochina of a new schedule that reduced the volume of crude oil committed under that agreement, from 21.6 million barrels to 8.64 million during 2017, without explaining the reasons. Petrochina accused Ecuador of anticipated violation of the contract by “unilaterally lowering the total delivery volumes for 2017”.

This argument is contained in a complaint sent by the Chinese oil company to the Ecuadorian Government, through communication 2016073 of December 22 of that year.

The oil sales agreements with China have a direct link with the loans that the country gives, so any contractual modification also requires the approval of the bank that grants the financing, in this case the Development Bank of China (CDB). All this is covered by a four-part agreement that includes that bank, the Ministry of Finance of Ecuador, the state Petroecuador and Petrochina. The reduction in oil volume proposed by Petroecuador was not approved by the CBD, which in January 2017 suspended disbursements for Ecuador.

To reduce the risk of eventual non-payment of debt service by the Ecuadorian State, China asked Finance to increase from USD 130 million to 200 million the balance that Petroecuador must always have in an account in the CBD and from where they are charged the interests and quarterly installments of the credits.

China may charge and even withhold resources from that Petroecuador account without prior notice, as established in clause five of the four-party agreement. The Ministry of Finance transferred those resources while Petroecuador solved the ‘impasse’ with China, in order to avoid “problems of ‘default’ (non-payment) with other creditors.”

The situation was solved only at the end of last year, after talks with Petrochina, which finally agreed to receive less oil during the past year, explained the Minister of Hydrocarbons, Carlos Pérez, without giving further details.

He reported that China undertook to release the USD 70 million from the CBD account. “When the last pre-sale with Thailand was signed, the commitments made with Petrochina were not taken into account, because the Pacific Refinery did not start operating,” said Minister Pérez.

For this year, the situation was also complex. Ecuador had 114 million barrels available for export, but the volume to be delivered to Chinese and Thai firms was 119 million. Perez indicated, however, that it was possible to “optimize the contracts” by activating a clause of some agreements that allows a variation of up to 10% of the volume.

With that, the commitments for this year were reduced to 109 million barrels. This margin will make it possible to comply with deliveries this year and even facilitated the release of 3.6 million barrels that went on sale, under a tender, at the beginning of last month.

By 2019, the country will need another 109 million barrels to meet Chinese and Thai firms and 118 million barrels by 2020. For this, Ecuador plans to increase its oil pumping, especially in the ITT oil field (Ishpingo – Tambococha – Tiputini). (I)

The FLAR holds a loan to Ecuador for four months

Venezuela worries the entire region; Ecuador is in silence