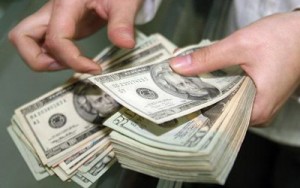 Jorge Enrique Calderon, Dean of the Faculty of Economics of the Espiritu Santo University, said that this phenomenon reflects the fact that this year the government sought to diversify its funding sources and reduce dependence on Chinese debt.

Last year, the government issued, for example, bonds of $ 2,000 million and materialized a loan with the US bank Goldman Sachs and other with Noble for EP Petroecuador, while for this year, however, new credit lines by $ 7,526 million from China have been announced.

Walter Spurrier, Director of Análisis Semanal, also indicated that after the fall in oil prices, Ecuador requires more funding, this being the reason for talks with China.

Calderon added that in addition, after the drop in oil prices, the perception of international rating is that the country´s risk has increased.

Armed Forces will reduce imports of equipment this year