Ecuador: From where can we get money? 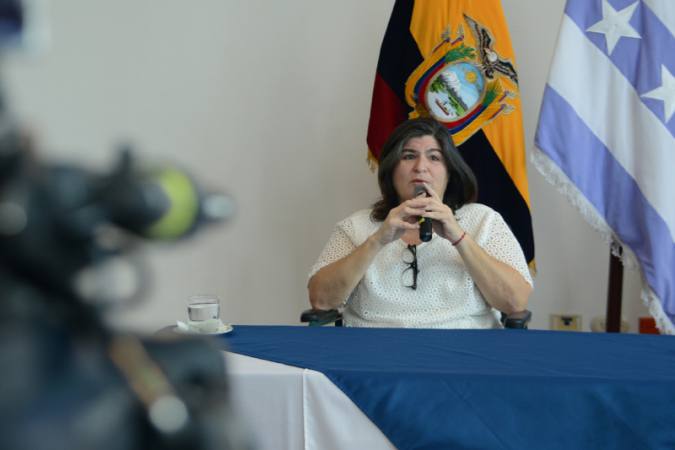 A few days after the Government presents its economic plan, citizens discuss and propose alternatives to overcome the crisis. The concern is not only in the weakened state accounts, but in how to promote new sources of income for the day to day of the country’s households.

State reduction, efficiency in public spending, targeting of subsidies, tax incentives for production and for the private investor are some of the issues that are addressed.

The economic plan of the Executive, whose presentation has been postponed several times comes almost a year after the possession of President Lenin Moreno and amid decisions to restrict public spending and difficulties in obtaining new resources without resorting to more indebtedness.

‘Give scope to foreign firms’

Marketing engineer Erick Ruiz points out that in order to obtain resources, the main thing is to reduce the number of public employees. He also believes that the government could redistribute where it invests, because it does so in options that do not work and has companies that do not sell. Giving amplitude to foreign firms would give the country more income and reduce spending on subsidies. Another option, he says, is to eliminate the tax on the exit of currencies.

‘Subsidies have to be maintained’

Nurse Joselyn Vélez believes that the Government should lower taxes that do not allow companies to grow, that they are the ones that provide employment, and that subsidies for fuel and gas must be maintained. It states that work should be done on State policies to regulate the prices of agricultural products, where peasants are affected by high input costs. He believes that the spending of Saturdays should be made transparent.

‘We must lower the tax burden’

Xavier Moreira, manager of CMA CGM Ecuador, believes that the Government should free trade and reduce the tax burden. In addition, boost competitiveness at the level of ports and logistics platforms and a cabotage law that brings opportunities for national and international traffic. He points out that subsidies should be focused on sectors that are most in need.

‘Public and private sector, as a complement’

For the economist Xavier Patiño, president of the Chamber of Commerce of Cuenca, two pragmatic actions must be applied. Reduce expenses in a serious way, but not in health issues, education (…) but there must be a little more sustainability and efficiency. The other is to look for sources of income, but not patches. He says that the key is the full and sincere complementarity between the public and private sectors.

Alberto Acosta Burneo, editor of Análisis Semanal, states that the only responsible way out is for the Executive to begin a plan to reduce spending scheduled within three years. He points out that, in practice, public spending has continued to grow and adds that it should be sought not to affect the population with less income or public services that benefit citizens, such as health and education.

‘Tariffs and taxes must be lowered’

Elvira Lindao, resident for 21 years in Spain, believes that the economy must be revitalized, borders opened and restrictions on trade ceased because this has caused products to come more expensive to the country, companies to lower their sales and layoffs of workers. He says that in Ecuador, where he is visiting, things are more expensive than in Europe and tariffs and taxes must be lowered.

Katy Betancourt, a former indigenous leader, points out that Ecuador’s economy is rentier, depends on certain products such as oil, shrimp exports and bananas, but what it needs is to diversify its source of income, resources. The field is organized, what it does not have is the market. “It would have to look for more market opening”.

‘Fuel and gas subsidies, to analysis’

Rodrigo Mendieta, dean of the Faculty of Economics of the University of Cuenca, said that subsidies for fuels, such as super gasoline, and targeting the gas subsidy should be a subject of analysis in the short term. Partnerships with the private sector must also be established. In the medium term believes that they could be the same and add replace some debts by others to access lines of credit.

Jonathan Altamirano, student of foreign trade, believes that there are many officials who earn extremely high and unjustified salaries, because that money is perfectly affordable and should serve the people. He says that many state entities that are unnecessary must be suppressed and that the president must generate logistics to be able to have strategic ministries.

Fidel Márquez, economic analyst and rector of Ecotec, says that economic policy focuses on encouraging investment by private companies and increasing economic income to the population, through tax reductions. He says that the government could face a problem of “almost deflation”, so it must have a plan that encourages fiscal austerity.

Trinidad Tobar, of the Women’s Front of the National Association of Negroes of Ecuador, maintains that those who earn more than $ 2,000 (some up to $ 6,000 and $ 7,000) should reduce salaries, as well as taxes. He says that there are many legislators “who do nothing” and that exports “are for the rich, because poor people cannot export”

‘Revision of salaries to servers’

Ana Franco, a television production technologist, believes that the adjustment should start indoors, that is, that within the Government there should be a review of the salaries of public servants from the middle ranks up. He says they occupy positions with inflated salaries. He also points out that benefits such as travel expenses for them, their advisers and bodyguards should be suppressed.

‘Instead of giving bonuses to be trained’

The elimination of the gas subsidy is one of the proposals of Carlos Jiménez, an engineer in food production, who adds that the government should review in depth the delivery of human development bonds. “Instead of delivering money, you should invest in education and technical training centers for those who charge these values.” This would encourage the optimal use of skilled labor, he says.

‘Eliminate taxes, but not at once’

The strategic planner Hector Galarza thinks that tariffs should be removed. He says that the best thing for the country would be to eliminate all the taxes that “have nailed” us in the last ten years, but it is impossible to do it all at once. “The fact that we have many taxes as a country means that very few companies are willing to come and invest and there is no legal security.” (I)