Ecuador has established contact with the legal assistant appointed by Assange 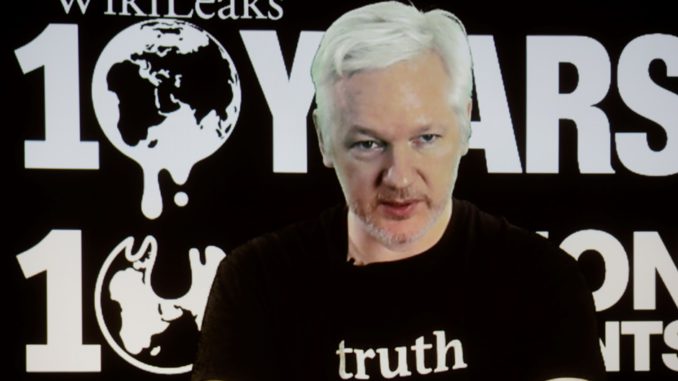 Ecuador has contacted the legal assistant appointed by the founder of Wikileaks, Julian Assange, in the process of seeking an exit to his asylum situation at his Embassy in London, revealed today the chancellor, José Valencia.

“We prefer to go at an adequate pace of work, we have already established contact with the designated attorney and we will continue with him, making our proposals known,” said the Ecuadorian Minister of Foreign Affairs and Human Mobility in an interview with Efe.

Valencia clarified that after six years of asylum in the Embassy, along which there have been many lawyers who represented Assange, recently he appointed a private one, of which “we have received inputs, ideas, approaches that, of course, they are going to be considered by our country. ”

“We have stated that there were several legal representatives who had intervened at some point in the name of Mr. Assange in this case. There are six years, a series of events and we ask you to have a specific designation that has already been communicated, “argued the head of Ecuadorian diplomacy.

Despite being an issue that the Andean country considers a relevant humanitarian issue and that arouses enormous international interest, in the last visit of the president, Lenin Moreno, the United Kingdom did not analyze with the British authorities, said Valencia, saying that “no it had nothing to do with work schedules.”

He said, however, that the talks between the three parties involved, which he reiterated, are the Ecuadorian State, the United Kingdom and Assange himself and his legal advisory body.

The activist was required since 2010 by the Swedish authorities due to the accusations of two women for rape and that the person involved denies, but Sweden closed the case by failing to advance the investigation.

Even so, he remains under asylum for fear of being arrested by the British authorities and deported to the US, where he presumes he could be tried for the publication of confidential military and diplomatic documents.

In the face of possible proposals from third parties or countries to grant asylum to the Australian activist, the foreign minister said he was not aware of them and was emphatic in emphasizing: “We do not believe that it is an issue in which other parties can intervene directly.”

Valencia declined to comment on the health conditions of the founder of Wikileaks, but said that “it is obviously a concern of all” the fact that he has spent six years “in an office that does not have the facilities to be a home.”

He also did not want to speak about the steps taken by his predecessor in office, María Fernanda Espinosa, next president of the UN General Assembly, who made possible the nationalization of Assange as an Ecuadorian at the end of 2017.

This procedure, as recognized by the authorities, was aimed at seeking to resolve their situation through a diplomatic status, which was unsuccessful.

“When an exit was sought, that possibility of nationalization was considered,” he said, underlining that Assange does not hold a diplomatic position at the Embassy.

The Assange case “is a complex issue where there are a series of legal elements, facts that configure a problem whose resolution is not simple and therefore, if we want a good resolution, we must take the steps agreed between the parties”, concluded. (I)