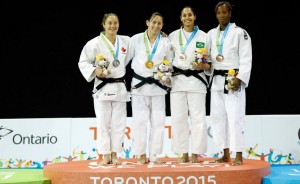 Judoka Stephanie Garcia won the final in the less than 63 kg division and judoka Freddy Figueroa won a silver medal in the division of over 100 kg before David Moura, Brazil.

Silver medals were up for the second place of weightlifter Neisi Dajomes in the 69 kilos division, by achieving 225 kg in the Olympic total.

Anggie Avegno is another Ecuadorian who highlighted, she won a silver medal in the canoe 1 (C1) proof, 200 meters.

Skater Enma Clare finished second in the 1,000 meters; while cyclists Domenica Azuero and Alfredo Campo culminated in second place in the BMX.

Ingrid Factos won another silver medal on Monday in the 200 m speed. 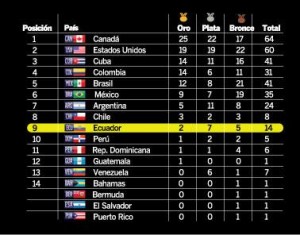