Ecuador negotiated compensation with Occidental because it could award the work in another country, according to the Attorney general 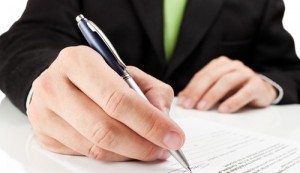 Ecuador accepted an agreement with the US company Occidental to settle a millionaire compensation, although it does not accept the ruling of the arbitral tribunal, since the oil company could collect the resources in a third nation, said State Attorney Diego Garcia.

The Andean country agreed the payment of 980 million dollars to the oil company until April as part of the compensation ordered by an arbitral tribunal attached to the World Bank for withdrawing the concession to Occidental in May 2006.

“Beyond the clarity of Ecuador with regard to its arguments, we are aware that the award is enforceable and that if Ecuador does not comply, even having reason, it might be executed in any country where agreements are enforceable,” Garcia said Tuesday to the Ecuavisa newscast.

The government has said that in the negotiation it got a discount of almost 18% of the amount fixed by the International Centre for Settlement of Investment Disputes (ICSID) of about $ 1,061 million plus interest.