Ecuador pays with oil for the delay of the refinery 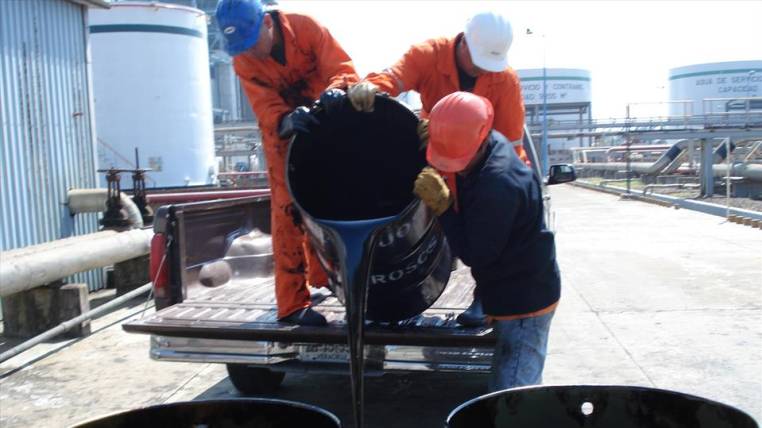 The derivative, however, does not exist because it had to be produced in the Pacific Refinery, still not built. The undersecretary of the Ministry of Finance, in charge to the present, William Vásconez, signed an agreement ordered by former President Correa through Executive Decree 466 that allowed the offer of the derivative of the refinery in exchange for 2,000 million dollars.

China, aware of the problems that the construction of the Pacific Refinery had since the beginning, made it a condition that, if the work was not built until December 2016, Ecuador should pay 58,064 barrels of oil daily to replace the promise of Fuel Oil fuel. The refinery does not exist and since January 1, 2017, the country is paying for the oil offered until June 2019.

In total there are 54 million barrels of oil in addition to the 1,109 million barrels that were prevented in the past decade. In dollars, what is compromised by the lack of the refinery adds about 2,263 million dollars. The calculation takes as a reference the price of a barrel of crude estimated by the Government for this year ($ 41.92).

The Minister of Hydrocarbons, Carlos Pérez, said that he discovered a few weeks ago the commitment authorized by Correa. He said it was a “surprise” because it further complicates the oil sector.

EXPRESO had access to letters that show that Ecuador is not able to deliver the amount of crude stipulated. At least not under the conditions signed in 2011. For this reason, the Ministry of Finance promoted a new payment schedule agreed with Petrochina and the CBD bank.

On August 10 of last year, Vásconez sent a memorandum to the Minister of Economy and Finance, Carlos de la Torre, to “recommend” that a supplementary agreement be signed with the new payment schedule for the barrels offered. Similar documents reached the former Secretary General of the Presidency, Eduardo Mangas; Minister Carlos Pérez, former General Manager of Petroecuador, Byron Ojeda, and the current manager of the public company, Carlos Tejada. Vásconez, says in the document obtained by this newspaper, that the signing of the supplementary agreement was urgent because the good relationship with China was put at risk.

At the beginning of last year, the then Petroecuador International Trade Manager, Nielsen Arias, did not comply with the established oil shipments and Petrochina claimed and even threatened sanctions against Ecuador.

One of those sanctions, which caused the greatest concern and that caused the agreement to be signed, was the suspension of disbursements of Chinese loans that are still pending.

The refinery, in folder President Lenin Moreno does not lose hope about the Pacific Refinery. In an interview on Sunday, the president said that at the end of the month, a group of investors will review the project with a view to specifying it. So far, the country has spent about 1.6 billion dollars on construction that does not exist. (I)