Ecuador ranked 11th among the happiest countries in the world 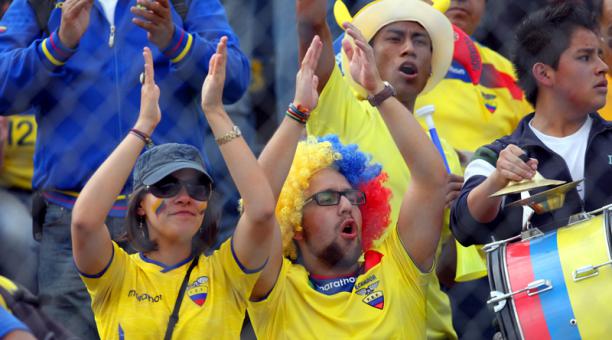 Ecuador ranks 11th with 63 points on the list of the happiest countries in the world according to the 41st Gallup International Global Annual Survey published today, January 7, 2018, which analyzed the period between October and December 2017.

The survey reveals data on the happiness, hope and economic optimism of 55 countries. The nations were evaluated to determine that happiness depends more on aspects such as age, educational level, income and lifestyle of the country as such. The list of the happiest countries in the world is headed by Fiji Islands, followed by Colombia, the Philippines, Mexico, Vietnam, Kazakhstan, Papua New Guinea, Indonesia, India and Argentina and the Netherlands tied for the tenth place. Ecuador is ranked 11.

The Gallup International study also detailed that the “most unhappy” countries are, in their order, Iran, Iraq, Ukraine, Greece, Moldova, Brazil, Hong Kong, South Africa, Turkey and Ghana. The overall results indicate that 59% of respondents said they felt happy, while 28% considered themselves neutral, 11% unhappy and 2% did not know or did not answer.

Regarding economic optimism, 28% were optimistic about what this 2018 will be, while 30% declared themselves pessimistic, 36% were neutral and the remaining 6% did not respond. In this category, Ecuador is ranked 16 with 7 points.

Finally, in the index of hope the country occupies the 27th place on the list with 15 points. 57 nations participated in this section, and it was determined that 39% believe that this year will be better than 2017, 23% worse, 32% said they were neutral and 6% did not know what to say.

In this item, the most optimistic countries were Indonesia, Nigeria, Fiji Islands, Bangladesh, India, Vietnam, Albania, Kosovo, the Philippines and Sweden, while the 10 most pessimistic were Italy, Greece, Bosnia, Iran, Mexico, Papua New Guinea , Poland, Turkey, South Korea and tied in the tenth position Ukraine, Latvia and South Africa. The company indicated that a total of 53,769 people were interviewed around the world, with a representative sample of around 1,000 men and women in each country. The confidence level of this query is 95%. (I)