According to the Superintendent of Companies and Securities (SC), Ecuador caught investments of $ 966 million from January to August of 2014, which means $ 151.2 million more than the same period of 2013. A total of 5,423 local companies injected resources in the analyzed period.

The investment of local companies was $ 612.2 million, while the foreign direct investment was of $ 336.4 million.

The activity that more resources received was the commerce sector with $ 141.6 million, followed the industries sector with $ 116.9 million, and mines and quarries with $ 91 million.

The full report can be seen in the Superintendency of Companies and values. 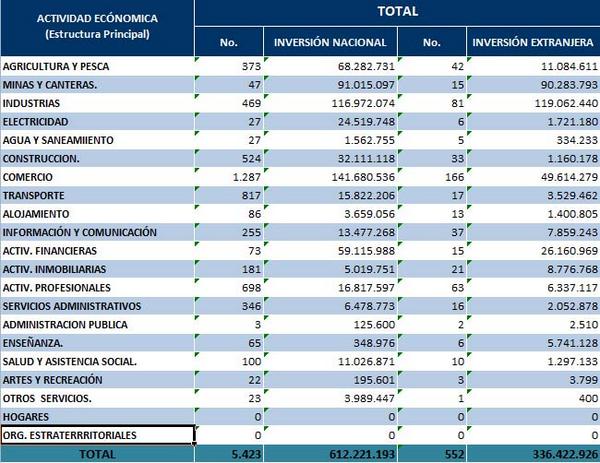 The ruling party commemorates the 30s with festival in Quito