Ecuador recuses the court referees of the Chevron case 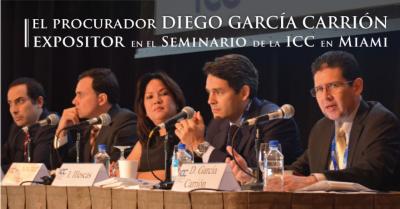 Ecuador recused the referees of the process filed against it by the US oil company Chevron, which rejects a millionaire conviction for environmental damage in the Amazon, said Attorney Diego Garcia, who is in the United States.

“Ecuador has requested the recusal, has asked the referees to retire and is asking to the Permanent Court of Arbitration at La Haya that solves the recusal of the referees because it believes that they are unable to continue to operate the process at this time,” said Garcia, who attended as an exhibitor at the seminar of the International Chamber of Commerce in Miami.

Chevron raised in 2009 an international arbitration against Ecuador, after trial for environmental damage for which it was eventually ordered to pay 9,500 million dollars last year.

“Ecuador has managed to demonstrate in its request for recusal that there is a conduct pattern of court (arbitration) against Ecuador . It is not that we are against a particular decision, but when a court does not resolve the requests of a part of steadily, then it shows that the court is unable to resolve the requests one of the parts make,” said Garcia.

Catalonia will hold symbolic sovereignty consultation despite suspension of Court

Ecuador hopes to negotiate with Japan “as soon as possible”