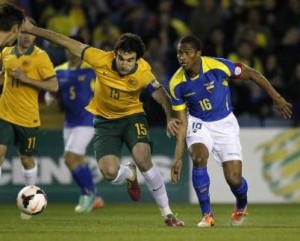 The selection of Ecuador remounts an adverse score and defeated Australia 4-3.

The game was played at The Den Stadium located in London and with this the Ecuadorian soccer team began its preparation towards the World Cup Brazil 2014.

Australia controlled the match since the opening minutes, with swoops on the wing and shots outside the goal area, which the keeper Adrian Bone responded effectively.

Ecuador team in the second half made ​​changes that enabled it shows a higher level and generate scoring chances, which ended in goals than allowed to won the international friendly match.

The philosopher, Luis Villoro, passed away at age 91