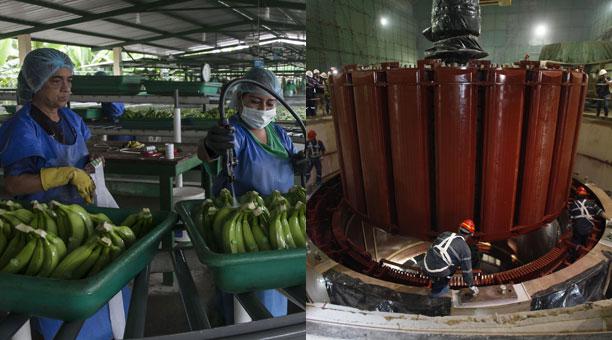 The visit of Chinese President Xi Jinping to Ecuador is considered historic and a great opportunity to close commercial businesses. Two of the objectives are to encourage the entry of non-traditional products into the Asian country and negotiate the tariff reduction on bananas, shrimp, and flowers. The presence of Xi Jinping in Quito on 17 and 18 November is centered on the inauguration of the Coca-Codo Sinclair hydroelectric project.

This is the largest work of the Government, which was executed with the help of Chinese companies and funding for USD2.2 billion. The first visit by a Chinese president, since the two countries began relations in 1980, generates expectations to move towards agreements that balance the trade balance, historically deficient for Ecuador. In 2013 the non-oil trade balance reached a negative ‘peak’ of USD 3 002 million, and in 2015 it stood at USD 2,517 million, according to Central Bank figures. A nor unrelated reality to other countries in the region that have balances in red with the second world power.

Correa to production cameras: “As long as I´m President you will have to pay taxes.”