The I Junior Pan American Games, which concluded this Sunday in Colombia, have shown a new “golden generation” of athletes from Ecuador, who achieved a total of 51 medals: 15 gold, 14 silver and 22 bronze, in 25 different disciplines. 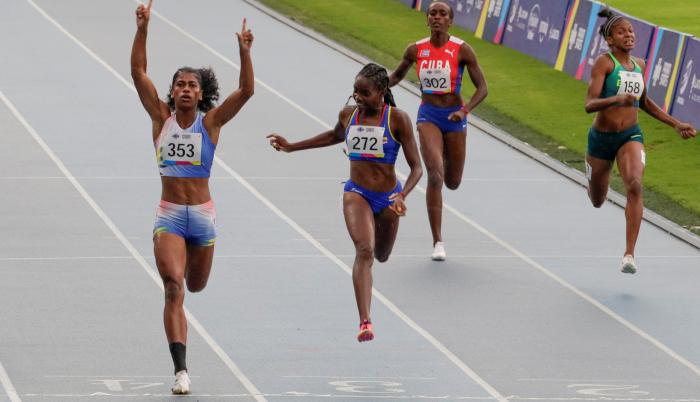 “This is the fruit of a process of years, with this group of athletes, which is catalyzed today with 9 qualified for the next absolute Pan American Games of 2023 in Santiago,” Manuel Bravo, president of the Ecuadorian Athletics Federation (UGLY).

In athletics, Ecuador participated with 32 athletes, of which 9 won gold, two silver and two bronze, to place themselves in third place, behind Brazil -which obtained ten golds- and Cuba that also took 9 golds.

Bravo assured that the best way to catapult the new athletes was “to direct the process with the construction of sporting events to give them a higher level and based on competition, for a category that is so sensitive.”

The manager asserted that “it will be important for them to access the level of high performance, with a process of consolidation in the age they currently have and that is sensitive (under 23 years), since afterwards they practically forget to continue training, fundamentally if there is no financial aid. “

It is the major obstacle and a cause for premature withdrawal is precisely the lack of financial support from the State, according to several Ecuadorian athletes have insisted.

“We are waiting for the Sports Minister (Sebastián Palacios) to launch the new High-Performance Plan (PAR) and hopefully it will be something that is worthwhile for all athletes,” said Bravo.

The previous PAR, according to comments from athletes, supported the needs of highly competitive athletes until last June or July, prior to the Tokyo Olympic Games, and from there the athletes were left without that financial support pending the new plan.

In the Pan American Junior of Colombia, Ecuador participated in 25 sports with 168 athletes, who reached the seventh place in the overall medals table with 15 gold medals, 14 silver and 22 bronze.

The Ecuadorians who obtained gold medals and from now on qualifying for the absolute Pan American Games of 2023, in Chile, are the following: