Ecuador signed memoranda of understanding with the United States, Kuwait, Chile and the Dominican Republic for open skies

The Minister of Transportation and Public Works, Marcelo Cabrera, signed memoranda of understanding with the United States, Kuwait, Chile and the Dominican Republic to maintain an open skies policy. 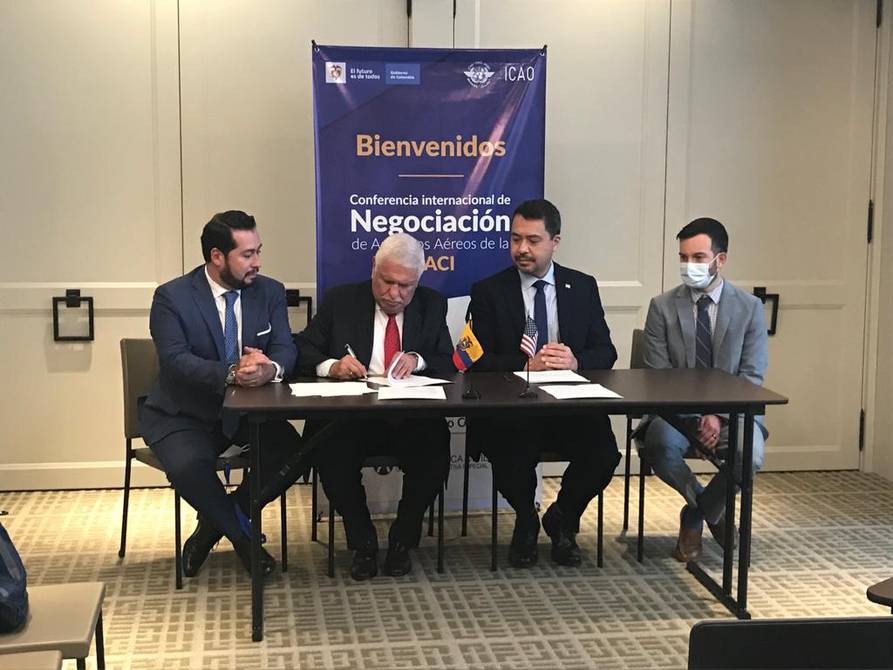 The Minister of Transport and Public Works, Marcelo Cabrera, during the signing of memorandums of understanding.

These agreements eliminate air restrictions between the signatory nations and allow the arrival of new airlines to the country.

The form was made in Bogotá during the XIII International Conference of Air Agreements Business (ICAN2021).

These agreements will position Ecuador on the world’s business, production and tourism radar.

The alliances are a complement to Executive Decree No. 180 of September 2, 2021, issued by President Guillermo Lasso, by means of which it provides: “Establish a zero percent (0%) rate of the Tax on Foreign Currency Transfers , shipments or transfers of currency made by foreign airlines authorized to operate in the country and that have the document that proves that they have been designated by their aeronautical authority to operate an international service, be it passengers, cargo and mail in a combined way or exclusive cargo in Ecuador “.

“This day is important for the country, the Open Skies memoranda that we signed today unite Ecuador with the world, our commercial partners are closer, this means more work and a firm step towards reactivation,” said Cabrera.

The Open Skies agreement generates advantages and benefits for passengers. This policy will have a direct impact on the Ecuadorian economy, on growth in the business sector, manufacturing, agriculture, and especially tourism. (I)